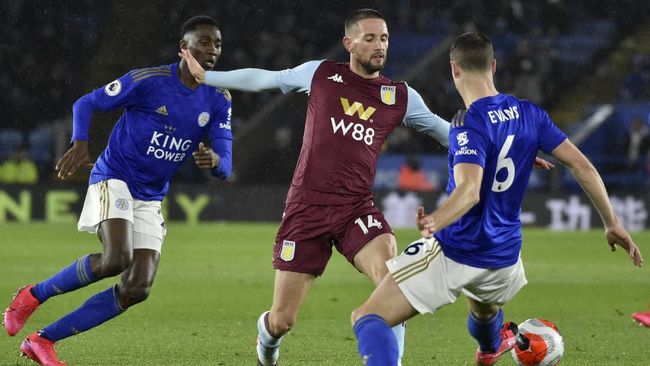 The British government officially allows sports competitions to resume after stalling since March due to the co-19 pandemic.

The recovery of sport in the UK was declared Secretary of Culture, Media and Sports Oliver Dowden at a press conference on Downing Street, Saturday (5/30).

“More than two months after the sport has stopped and after weeks of discussions with medical experts and professional sports agencies, I am pleased to announce that the government is currently issuing guidelines that allow competitive sports to continue without spectators since Monday (1/6) the earliest,” Dowden said quoted from AFP.

In addition to a ban on audience attendance, as Dowden called it, organizing sports in the UK would later take place with health protocols such as corona virus testing and isolation for players, coaches who were declared positive.

In addition, the application of physical distance between one person and the other remains as much as possible.

Despite giving the green light, the British government handed over the decision regarding the schedule to restart the competition to each sport.

“Now it’s up to each sport to make sure they can fulfill this protocol and decide when it’s right for them to start again,” Dowden said.

“Football, tennis, horse racing, Formula 1, cricket, golf, rugby, snooker, and other sports will return to our screens as soon as possible,” Dowden explained.

Premier League operator, Premier League, welcomes permission from the government and hopes to implement all the provisions to complete the 2019/2020 season.

“We will not reach this point without the full support of the government, specifically the UK Department of Digital, Culture, Media and Sports, Public Health and the Chief Medical Officer of each team,” said Premier Leaguer Executive Director Richard Masters.

“We plan to restart the Premier League on June 17, but there is still much work to be done to ensure the safety of everyone involved,” he continued.

The Premier League has also conducted three tests on the corona virus for all players, coaches and club staff.

On Saturday (5/30/2020) yesterday, the Premier League confirmed that there were no more players or club staff who were positively infected by the corona virus.

Previously, as many as 12 people have tested positive for Covid-19 from 3,882 players, coaches, and staff of English League teams who underwent the first and second stages of testing.

Before the Premier League takes place in mid-June, sports competitions in the UK will open with horse racing and snooker