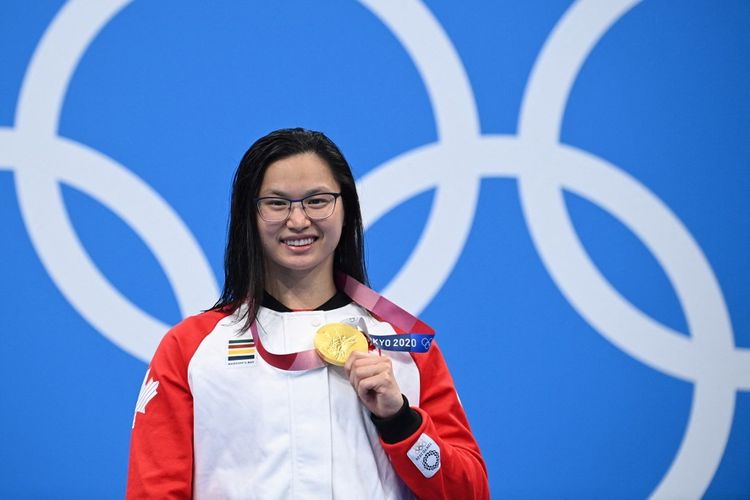 Margaret MacNeil’s gold medal at the 2020 Tokyo Olympics made Chinese public “regret” the one-child policy that had been set by their country’s government. Margaret MacNeil presented a gold medal for her country, Canada, at the 2020 Tokyo Olympics. The 21-year-old swimmer finished first with a time of 55.59 which is a world record in the Americas.

Maggie – Margaret MacNeil’s nickname – was 0.05 seconds ahead of China’s favorite swimmer Zhang Yufei, who finally had to settle for a silver medal. MacNeil’s victory over Zhang Yufei then became the talk of the Chinese microblogging site, Weibo.

The news about MacNeil immediately became a trending topic on social media because it attracted 400 million viewers. However, most of the discussion is not about MacNeil’s achievements, but rather the Chinese “legacy” that the athlete has.

Launch CNN, Wednesday (4/8/2021), MacNeil was born in Jijuang, Jiangxi, China, on February 26, 2000. She was adopted by a foreign family because of the one-child policy that China enforced at the time. The policy was in effect until 2016, causing baby girls to be aborted, abandoned, and even killed because of the traditional view of Chinese families.

Conventional Chinese still prefer to have sons. This then creates a gender disparity in the number of babies born there, with a surplus of more than 30 million males. The policy was later removed. The Chinese government allowed all couples to have two children in 2016.

This year, the policy is loosen even more. Each family may have three children. However, for many Chinese netizens, especially women, MacNeil’s victory served as a reminder on decades of “destructive policies” that have resulted in gender inequality there.

“She (MacNeil) might not have been talented if he grew up in China. On the other hand, she might have dropped out of school early to work in a factory,” wrote one comment on Weibo. “We lost such talent because of the preference of boys over girls,” wrote another.

Still from CNN, the United States government reported that 84 percent of the approximately 82,000 children adopted by American families in the 1999-2009 range were female. Maggie MacNeil was adopted in 2001 with her younger sister by husband and wife Edward MacNeil and Susan McNair. They were then taken to Canada.

Maggie MacNeil has made it clear that she is Canadian and has always grown up Canadian. “I was born in China and I was adopted when I was very young, so that’s about as far as my Chinese heritage goes,” says MacNeil. “So it’s just a small part of my journey to where I am today, and it has little to do with swimming or how far I swim,” she said.