The Journey of Chelsea Academy 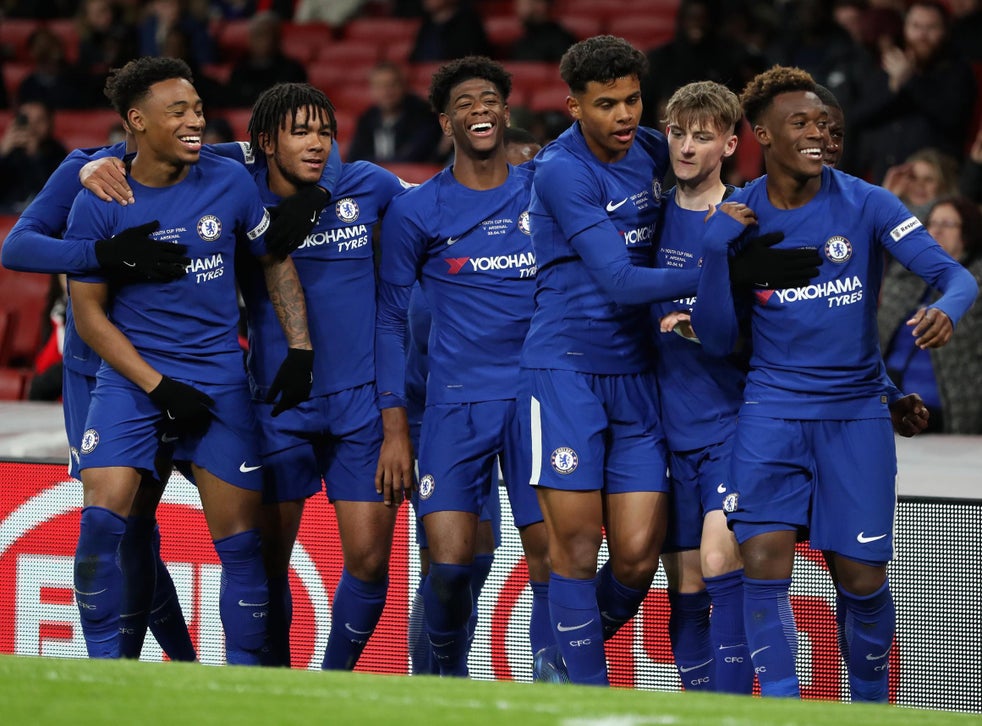 Almost all professional football teams have academy teams. No exception for Chelsea, even though they are now included in the category of a wealthy club. Thanks to a financial boost from Russian billionaire Roman Abramovich. No matter how thick the boss’s wallet is, in the end there are always 1-2 academy players who have successfully promoted to the senior team.

Chelsea’s Blues Academy is enjoying great success in producing top talent in the Premier League. There are at least 14 potential names, eight of whom play outside senior club Chelsea, while the rest inhabit the squad which is now under Frank Lampard’s direction.

That does not include other loan talents outside the Premier League such as Marc Guehi (23), a center back of Ivory Coast descent who joined the academy since the age of 8 and has now entered the England U-21 national team. Guehi is still on loan at Championship Division club Swansea City.

This makes the Chelsea academy ranks 2nd after Manchester United as the best producer of graduates in the Premier League. Then there is the Southampton academy with 13 players spread across the Premier League. Meanwhile Arsenal and West Ham completed the top five positions with 12 and 11 graduates respectively.

The massive appearance of academy graduates at the club that reside at Stamford Bridge is currently also being supported by the transfer ban imposed by FIFA on Chelsea, starting in March 2019. In its decision, the FIFA Commission decided that the London club had violated the rules regarding the international transfer of 29 players under the age of 18.

Hence, they were prohibited from making transactions in the two transfer window windows, summer 2019 and winter 2020. Again, with all the chaos that hit, on June 16, 2019 coach Maurizio Sarri chose to leave London and return to Italy to handle Juventus. Not long after, Eden Hazard also chose to leave for Real Madrid.

While Chelsea were left with all the problems, Frank Lampard as a club legend arrived and was willing to exploit the existing resources, between the old players and the players available in the academy. He inherited a complicated problem on 4 July 2019 when he was determined to re-tie himself with Chelsea as a coach with a duration of 3 years, after his 13-year career at Stamford Bridge as a player ended.

Lampard actually could have closed the potential that exists in the Chelsea academy. However, the management staff is filled by former academy coaches such as Jody Morris, Eddie Newton, Joe Edwards, and Chris Jones, who are well aware of the talent at their academy.

The Chelsea Under-23s are also in the hands of Andy Myers who offers a fine example in his career on how to develop at Chelsea. He made over 100 appearances for Chelsea, winning the FA Cup and the Cup Winners’ Cup.

Frank Lampard’s debut season at Chelsea is arguably satisfying because he empowers academy graduates and they are played in the most competitive league in the world, the English Premier League. Looking back, no Blues manager would have dared to play more academy graduates in the senior team than Lampard.

Even though the ban on player transfers was lifted as of February 22, 2020, players like Mason Mount are still relied on by Lampard. The arrival of several new players did not make Lampard abandon young players.

Apart from Mount, the player who has coached Lampard since his time at Derby County is Fikayo Tomori, the center-back with the English passport who made his Chelsea debut against Sheffield United. Even though Tomori was crushed by more senior names such as Andreas Christensen and Kurt Zouma, he managed to get the spotlight thanks to the goal of the season he made with a long-range shot against Wolves in September 2019.

With this data, what do you think of Chelsea Academy fresh graduate’s performance in Premier League?