The Legend of Gollum in Soccer

Home » Football » The Legend of Gollum in Soccer 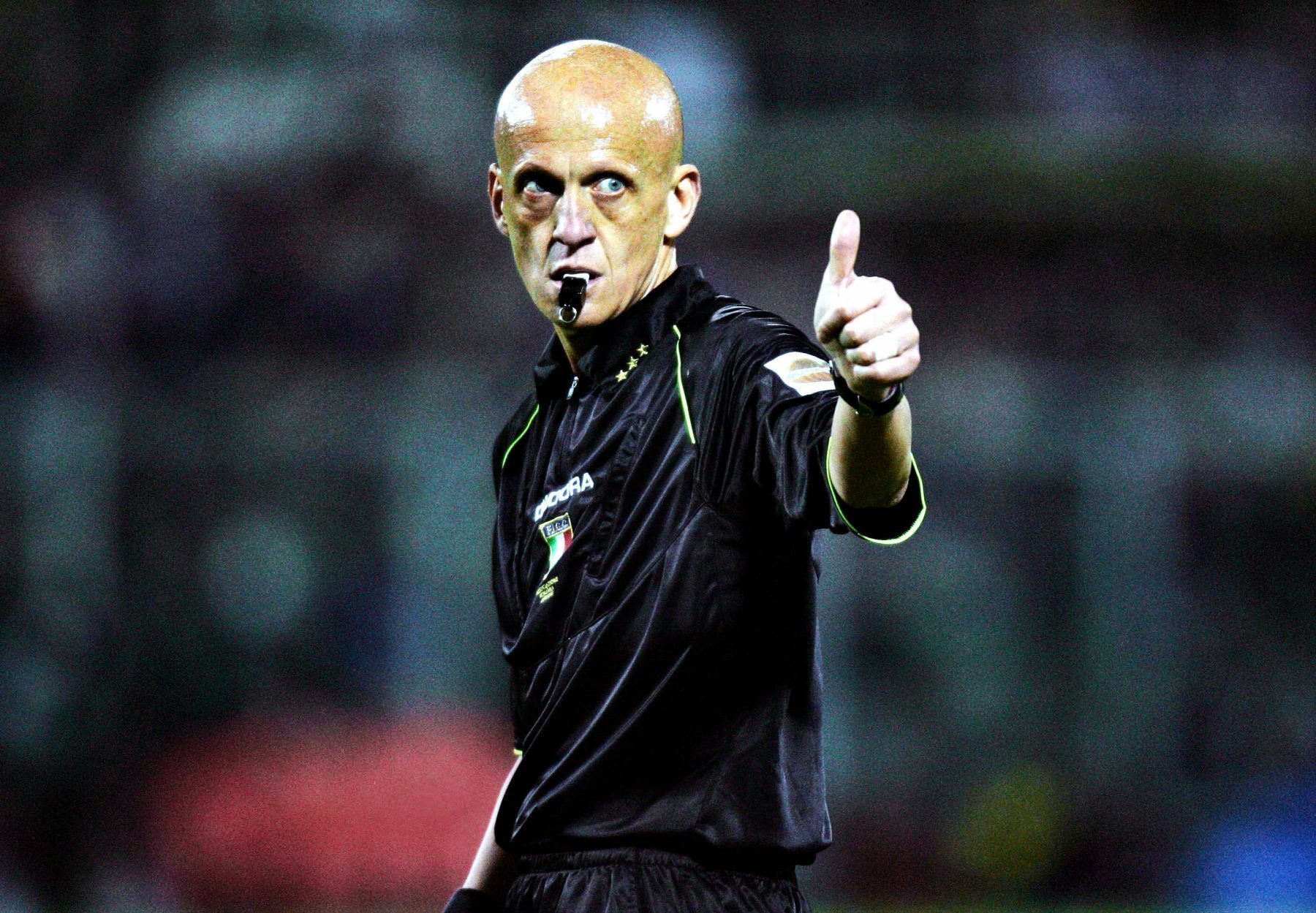 There are not many sports-related jobs that are more selfless than being a referee. Imagine, if the referee does a good job, no one thanks him. But if the referee makes a mistake, the referee can be cursed at. One match, (more than) 90 minutes, the referee averaged 12 kilometers, more than 2,000 decisions were made, more than 30,000 viewers and millions of television viewers also watched the referee’s every move.

Then, could you possibly recognize a referee if you met him in the middle of the road, with him not wearing the referee’s uniform? You may not even recognize one of the famous referees in the Premier League, maybe also the referees in Indonesia. But, when it comes to referees, we will never forget this one figure.

Pierluigi Collina. He is a famous football mogul from the City of Bologna ‚who was born on February 13, 1960. It has been a decade since he retired from the world of refereeing football. Victim of a disease known as Alopecia, Collina goes completely bald. His bald head was emphasized again by his two bulging eyes like lights. That’s how his physique becomes easily recognizable.

However, it is not the physicality that makes us always remember Collina. One of the most objective statements in football that we can possibly all accept is this: Pierluigi Collina is the best referee in the world. That also never changed until now.

Football is an imperfect game

In recent years, he has remained close to the world of football, serving as the Chief Referee for UEFA and also in the Ukrainian football federation. It was also his two new jobs that made him tired of the idea that referees are the only people who make mistakes in football.

“Football is an imperfect game where everyone tries to do their best, but sometimes they can’t do their best. I remember the short speech given by [Giovanni] Trapattoni when he coached Fiorentina, after a big mistake made by the goalkeeper. , he said, “If a player can’t make a mistake on the pitch, we can stop the game and go.” And I think it should be the same for the referee too. He said his own mistakes made him sad, but if I believe that I have done everything to prepare for the match as best I can, I have to accept it. “

He regards television as “dissimilar instrument” when it comes to understanding a mistake. “It’s too easy to find a different point of view from my point of view that clearly shows that something is happening in a different way from the way I value it. It is too easy for television and this is the reason why it seems that in football today there are many. errors than there were 15 years ago. There are only three cameras in the middle of the field covering the whole playing area. Now there are 16. There will probably be 20 or more next. “

“In other situations, even though football is an imperfect game, I don’t understand why we try to make it perfect only in refereeing. I like football as it is now. The decision of the referee has to be accepted, it has to be defended.”

Collina also said that he had managed to communicate with the players during his time as a referee. He gave an example of an incident involving Pierluigi Casiraghi when the former Chelsea striker was playing for Lazio. “During the match, we had some discussions on the pitch. Three or four days later, he sent me a picture of me and him on the pitch: very close [the distance between their faces] and looks angry. On the back it says, “This picture means nothing, my feelings for you are always very high`. I think this is a good example. Things happen on the pitch, like discussions, arguments, but at the end of the game it all ends.”

While arguing is part of the job in every match, there is always a human element to what they are doing, whether it’s making decisions or simply offering words of consolation to a confused group of players. Collina has refereed many football matches, including the 2002 World Cup final. However, when he was asked to pick just one, he highlighted the extraordinary moments in the 1999 Champions League final that immediately came to mind.

United celebrating injury time goals from Teddy Sheringham and Ole Gunnar Solskjaer. In a video you can watch below, Collina seeks to cheer up the baffled FC Bayern Munich players at the end of what she now describes as “one of the most thrilling endings for a football match”. “I would say I have been very, very lucky because there have been a lot of big games that I have refereed,” he said. “I can’t avoid mentioning the World Cup final, but I also really remember Manchester United’s final against Bayern Munich.”

“I will always remember the reaction of the Manchester United fans when they scored the second goal. It was a great sound, like the roar of a lion.” Bayern Munich took a 1-0 lead until the 90th minute, but in the added three minutes of injury time that Collina thought was enough, United managed to equalize, and then took the win.

“It was a difficult scene, because through 90 minutes, Bayern were really the best team and fully deserved to win the game. And suddenly, two minutes, two goals. At that moment, they were sure they were going to win, but suddenly. they lost the trophy. “

Learning about football and becoming the most famous referee in the world, all Collina got from an appropriate educational path. Collina did not become a referee suddenly, he was formally educated.

Collina took his refereeing course in 1977 when he was 17 years old, but many would be surprised to learn that he also earned a degree in Economics from the University of Bologna in 1984, essentially paving the way for his successful post-football career as financial advisor. Collina attributes a life lesson to the setting to hone his unique ability to make astute decisions in the stressful environment of a football match.