Turns out it's just a prank, Darwin Nunez were so great!

Turns out it’s just a prank, Darwin Nunez were so great!

Home » Soccer » Turns out it’s just a prank, Darwin Nunez were so great! 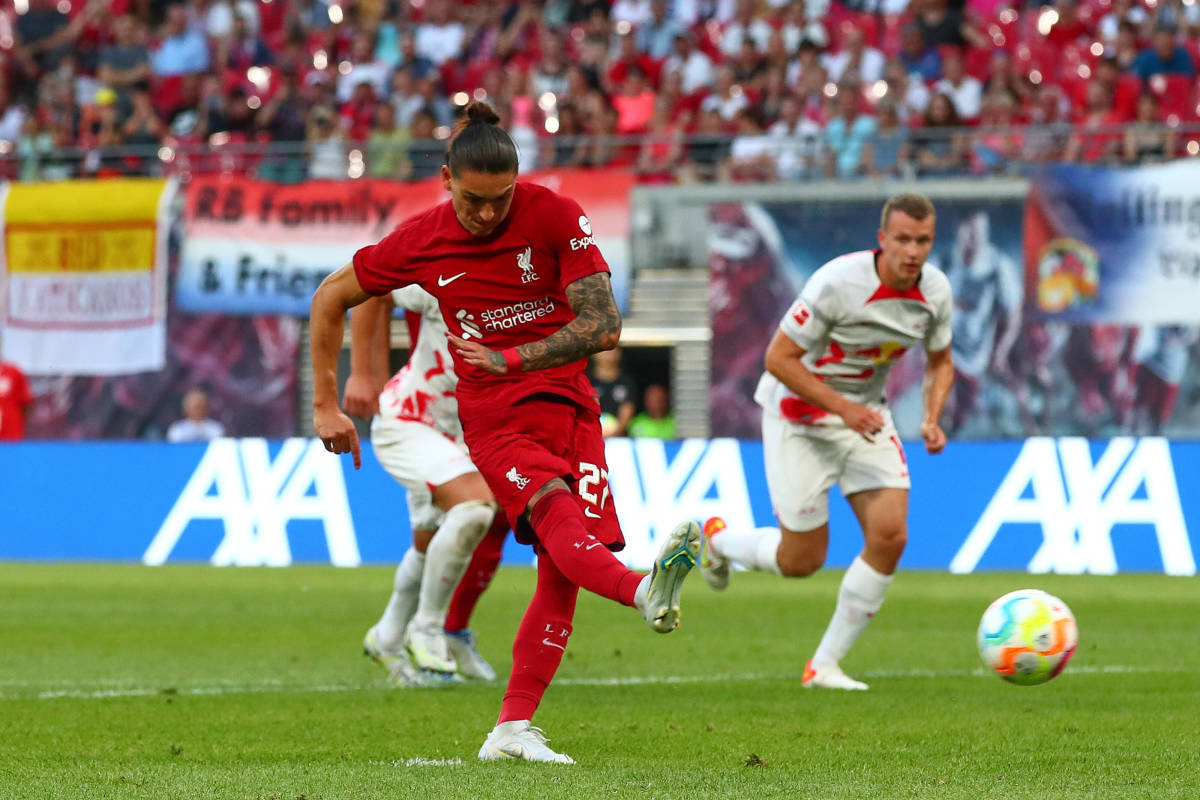 The appearance of Darwin Nunez was questioned by netizens, especially Manchester United fans as Liverpool’s rivals.

However, in the test match against RB Leipzig, Darwin Nunez managed to silence the haters and Manchester United fans by swarming four goals.

Liverpool successfully beat the Bundesliga club, RB Leipzig with a landslide score of 5-0 at the Red Bull Arena, Friday (22/7/2022). Four goals of which were bought by Darwin Nunez.

Darwin Nunez’s action, who managed to score the quattrick, also proved his quality deserved to be labeled as Liverpool’s most expensive player.

Darwin Nunez also pointed out that appearances in the first two matches were just a prank. In fact, Darwin Nunez is not playing games.

How not, playing for 45 minutes in the second half, Darwin Nunez successfully scored four goals.

That proves, in Liverpool’s match against RB Leipzig, Nunez on average only takes about 11 minutes 25 seconds to score each goal.

The public of Manchester United as a rival is like judging Darwin Nunez’s appearance too early in the two initial test matches, each of which only played for 20 minutes.

Sadly, now Manchester United is in danger of being left behind by its superstar striker Cristiano Ronaldo because his team did not qualify for the Champions League.

In this pre-season test match, Jurgen Klopp fielded his strongest team since the first minute.

The front trio is filled with Mohamed Salah, Roberto Firmino, and Luis Diaz.

Liverpool also managed to take the lead when the game had only been running for eight minutes through a goal scored by Salah.

Score 1-0 for the visitors’ advantage lasted until halftime.

Entering the second half, Klopp also made a number of substitutions, one of which was by fielding Nunez to replace Firmino up front.

Only three minutes on the field, Nunez has scored his unofficial debut goal for Liverpool after he rattled the opponent’s goal through the execution of the penalty.

Only three minutes later, the increasingly confident Nunez managed to break into the Leipzig goal again. Liverpool are now leading 3-0.

Nunez completed his outstanding performance in this match by scoring two additional goals, in the 68th and 90th minutes respectively.

The score 5-0 was the final result of this match.

Furthermore, on 27 July 2022 Liverpool are ready to play the next test match against Red Bull Salzburg vs Liverpool at Red Bull Arena Salzburg, Austria.

After that, on 30 July 2022 the Community Shield match against Manchester City at the King Power Stadium, Leicester.

Liverpool’s pre-season match will close when they serve Strasbourg at Anfield on 31 July 2022.