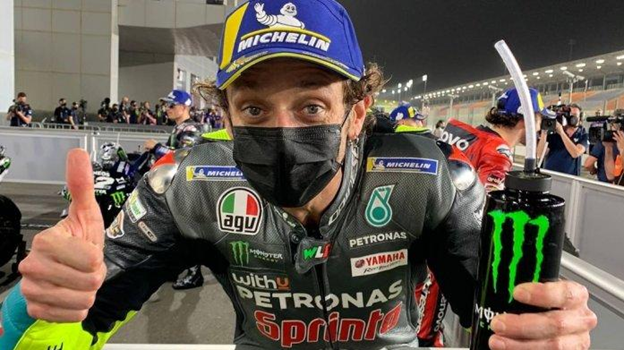 Petronas Yamaha SRT rider Valentino Rossi is aiming for a return in points at the French Grand Prix to revive after three consecutive white results.

The Italian rider so far has scored just four points from the opening four rounds of a campaign that could be his last in MotoGP 2021.

Twelfth in the Qatar GP, Rossi suffered with his tyres in Doha, then fell in Portugal, before grabbing a painful seventeenth place in Jerez.

The full MotoGP race weekend at the Bugatti circuit in Le Mans will be held from May 14 through 16.

With morning conditions as they were, Rossi and his side of the Petronas Yamaha SRT Team watched on from inside the box. With conditions improving for FP1.

“Without a doubt, I want to be stronger this weekend, recover positions and be faster than in the last event in Jerez,”  Rossi said.

“Last year I was very dry at Le Mans, I was fast and had a good race pace, but it started to rain just before the start and I crashed at the first corner.

“It’s a beautiful circuit, with a lot of directional changes in the chicanes and I really like it. It’s a good circuit to ride with good grip and good acceleration.” Rossi added.

Rossi has believed Petronas Yamaha SRT can mix it with other teams in the fight at the front during this week’s French GP. Whether it’s wet or dry, Le Mans has been a happy hunting ground for the nine-time world champion.

“We hope to have good weather from FP1 until the end of the race. We had a good test in Jerez last week, where we were able to improve on various aspects, and we hope to see that at Le Mans as well.” Rossi said.