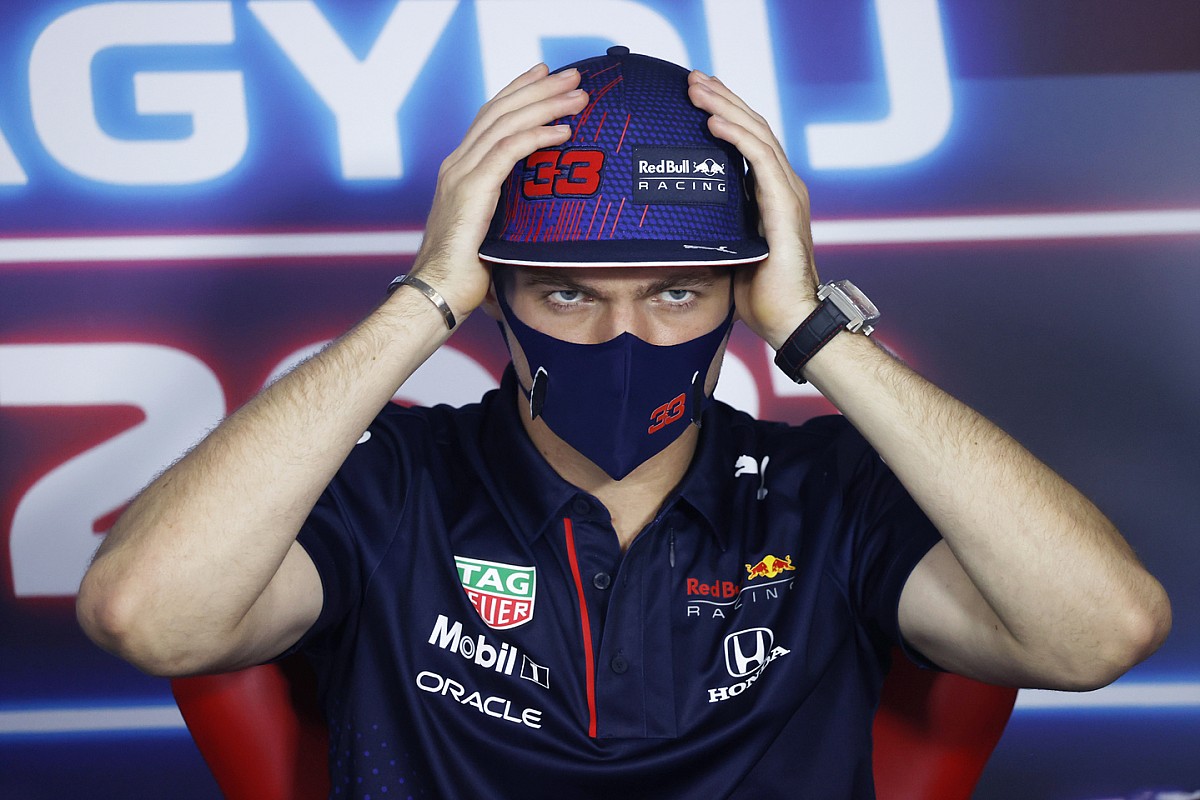 Dutchman started from pole position at Sliverstone, while Hamilton started second. The British driver bluffed the Red Bull driver and went inside for the corner. This led to a crash which put Verstappen to hospital.

The crash between Red Bull and Mercedes dominated media through the last week. Hamilton faced a ten seconds penalty which Red Bull tried to expand by approaching FIA. The fresh evidence was rejected which concluded the matter.

Hamilton had won the pole position with Bottas on his side while Verstappen will start third on grid. It is expected that he will attack Hamilton using soft tyres at Turn 1 to take advantage.

“I’ve got a question for both you and Lewis now,” Clarkson said to the Dutchman. “There’s been a lot of talk about what happened on the opening lap at Silverstone. If you to end up wheel to wheel after the start tomorrow…”

Verstappen was quick to respond: “Can we just already stop about this? Because it’s… we had so many f* questions about this, it’s just ridiculous.

“Honestly. Honestly, the whole Thursday we’ve been answering this stupid s*** all the time. So can we just stop about it please?

“We are racers, we will race, and of course we’re going to race hard but fair. So we just keep pushing each other.”

Read More: Mercedes want to bring the respect back after Silverstone controversies

Hamilton remained quiet on the question and responded it with a nod. Both drivers appeared together for the first tie since their collision.

Verstappen showed his displeasure over the booing incident on Hamilton by Hungaroring crowd. He termed it inappropriate and claimed that it won’t affect his rival.

“It’s not the correct of course but at the end of the day. I think we are drivers and you shouldn’t get disturbed by these kind of things,” he said.

“You know you should anyway just focus on what you have to do and that’s deliver in the car.

“Luckily, of course, we wear helmets actually when you’re driving – so where it matters you don’t hear anything. That’s maybe a bit different to other sports.”