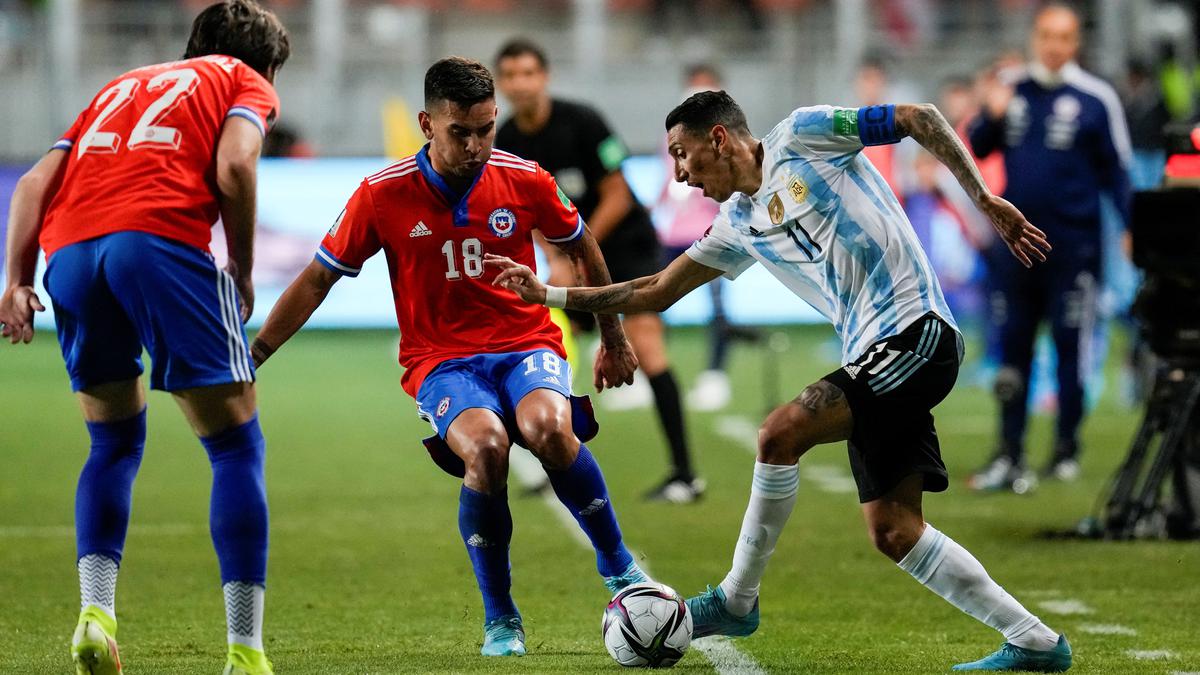 The Argentine national team without Lionel Messi won 2-1 over Chile in the 2022 World Cup qualifying match at the Zorros del Desierto Stadium, Friday (28/1).

Angel Di Maria’s action in the 10th minute started the goal in this match. After accelerating, Di Maria held the ball in search of space to shoot. The PSG player then fired a left footed shot from outside the penalty box which was irresistible. Argentina leads 1-0.

Ben Brereton equalized in the 20th minute for Chile. The England-born player released a parabolic header after receiving feedback from Marcelino Nunez.

In the 34th minute Argentina took the lead again after Lautaro Martinez scored a goal that made it 2-1. Martinez took advantage of the rebound from Rodrigo de Paul’s shot which was blocked by Claudio Bravo. Calmly from close range, Martinez snuffed out the round skin.

In the last minute a speculative Pablo Diaz shot was aimed at the goal, but the goalkeeper was still able to parry the ball.

A fierce duel with mutual attacks continued into the second half. Chile looked for opportunities to equalize. Several times La Roja’s attacks penetrated the Tango Team’s penalty box. Finishing Alexis Sanchez and his friends failed to make a difference.

Meanwhile, Argentina did not want to lose the three points that were already in sight by playing an open strategy and not piling players behind.

The hosts immediately made some threats at the start of the game. In the 52nd minute, Nunez experimented with a long-range shot by using a wild ball that was swept by De Paul. Unfortunately, his shot still bounced over goalkeeper Emiliano Martinez’s goal.

Chile’s aggressiveness was also faced with a fairly solid Argentine back line and supported by the presence of Emiliano Martinez in goal.

With a victory over Chile, Argentina confirmed their position in the second place in the World Cup qualifying standings for the South American zone with 32 points or four points behind Brazil.

While Chile is still stuck in seventh place with 16 points and is in danger of failing to appear in the 2022 World Cup.

In another South American zone World Cup qualifying match, Uruguay packed a 1-0 win over Paraguay thanks to Luis Suarez’s goal. Uruguay is now fifth in the standings with 19 points.