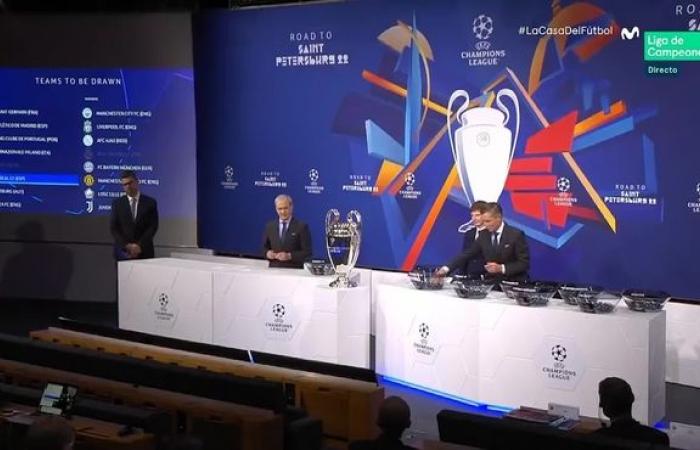 The draw for the Champions League initially started on Monday. Former Arsenal player, Andrey Arshavin, along with UEFA club competition head Michael Heselschwerdt and UEFA Deputy Secretary General Giorgio Marchetti were in charge of the draw.

During the second draw, there was a technical error following Villarreal’s encounter with Manchester United. In fact, Villarreal (runner-up) and Man United (group winner) should not be able to meet because they are representatives of Group F. The draw was then canceled and Villarreal met Manchester City.

Man United Not in The List Against Atletico Madrid

However, Man United’s lottery ball was not included in the pot against Atletico. Even so, the draw continued and Atletico Madrid’s opponents were Bayern Munich. Meanwhile, Man United against Paris Saint-Germain.

There was an uproar on social media from netizens to European journalists who questioned UEFA’s stance. “Somehow UEFA can let this draw last. Man United accidentally not in the drawing against Atletico Madrid,” wrote The Athletic journalist, Raphael Honigstein.

A number of European teams then took a stand by discussing with UEFA to find solutions to these mistakes, one of which was Atletico Madrid. Meanwhile, Real Madrid reportedly asked UEFA for a re-draw, but only after their draw ball was drawn (Real Madrid against Benfica). Because, Los Blancos think the error occurred after their draw moment.

UEFA’s decision to re-draw UEFA finally realized. UEFA said they would hold a re-draw. “Following a technical error with the software of an external service provider instructing the officials of which team to play against each other, a material error occurred in the draw for the Champions League round of 16,” UEFA tweeted. “As a result of this, the draw has been declared void and will be fully replayed at 15.00 CET.”

As per UEFA’s decision, the draw for the Champions League last 16 is repeated at 15.00 CET. This time, all drawings are monitored by the UEFA team. Andrey Arshavin, Michael Heselschwerdt and Giorgio Marchetti are still in charge of the draw. As a result, the majority of teams got different opponents after the re-draw was made.

One thing that is of concern is the cancellation of the PSG vs Man United duel. This became the main focus because the duel Lionel Messi vs Cristiano Ronaldo practically failed to take place. Messi vs Ronaldo duel will not happen in the last 16.

After the re-draw, PSG will play Real Madrid. Then, Man United met Atletico Madrid. Meanwhile, only the defending champions Chelsea whose opponents have not changed. The Blues are still destined to face last season’s Ligue 1 champions, namely LOSC Lille.