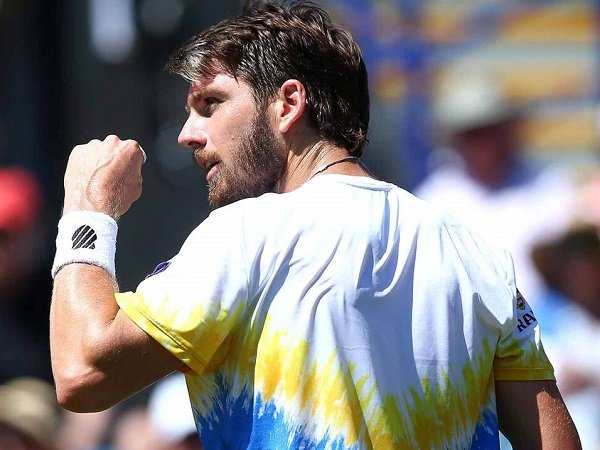 The hosts’ Cameron Norrie has been well-rewarded despite playing under pressure when he started the 2022 Eastbourne International.

The first seed saved all four of the break point opportunities he faced en route to a convincing 6-4, 6-2 win over American Brandon Nakashima in the second round of the Eastbourne International.

“I really enjoyed it. I was a little nervous going into it, especially because I haven’t won a game on grass-court this season. So I’m looking forward to this first win and Brandon is a great player,” said Cameron Norrie.

“Eastbourne is really special to me. My first ATP tournament win happened on this court.”

Going into that clash, the 2021 Indian Wells champion bagged a 1-1 head to head tie against Nakashima, but he has never faced any major obstacles in their encounter this week. The British left-hander created 12 break point opportunities and converted three of them in a match that lasted 1 hour 25 minutes.

The critical moment came when the world number 12 would serve and close the first set at 5-4, 0/40. Nakashima created three break point opportunities that could change the game. But on the contrary, the first seed was able to get out of the eye of the needle and was unstoppable from that point.

Waiting for Norrie in the quarterfinals of the Eastbourne International is Nakashima’s compatriot Maxime Cressy who overthrew Dan Evans 7-6, 6-4.

Sixth seed Alex de Minaur is also in the quarter-finals thanks to a 7-6, 6-2 victory over Italian Lorenzo Sonego in a rematch of last season’s Eastbourne International final. In the final, the Australian national needed a decisive set tiebreak to bring home the title. While their meeting this week is not as complicated as the final.

De Minaur will next challenge Nakashima’s compatriot Tommy Paul for a place in the semifinals after the Americans surprisingly beat second seed Jannik Sinner 6-3, 3-6, 6-3.