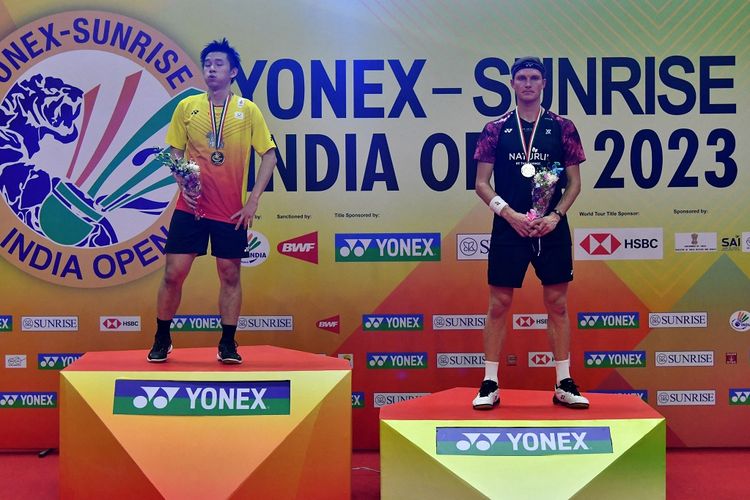 It was Kunlavut Vitidsarn’s first win in the last seven matches against Viktor Axelsen. Kunlavut Vitidsarn also managed to become the 2023 India Open champion and set a record by winning the first title in the BWF World Tour Super 750 event.

After competing in the 2023 India Open final, Kunlavut Vitidsarn and Viktor Axelsen made the same decision regarding their participation status in the 2023 Indonesia Masters. They both decided to withdraw or not participate in the BWF World Tour Super 500 tournament.

“I can’t wait to play at Istora Senayan. However, my body is not ready for one more week of competition,” Axelsen wrote on his personal Twitter account, Sunday (22/1/2023). After that, it was Kunlavut Vitidsarn’s turn to reportedly withdraw from the 2023 Indonesia Masters.

Based on previous reports, the reason why Kunlavut Vitidsarn withdrew may also be due to physical factors. Just like Viktor Axelsen, the mainstay of Thailand’s men’s singles also went far in the previous two tournaments. He made it to the semifinals of the Malaysia Open before advancing to the final and becoming the 2023 India Open champion.

The Indonesia Masters 2023 is scheduled to take place at Istora Gelora Bung Karno (GBK), Senayan, Jakarta, starting Tuesday (24/1/2023) morning WIB. The organizers said there were 269 badminton players from 22 countries who would take part in the 2023 Indonesia Masters. Hundreds of participants would fight for the Indonesian Masters 2023 title and a total prize of US$420,000.