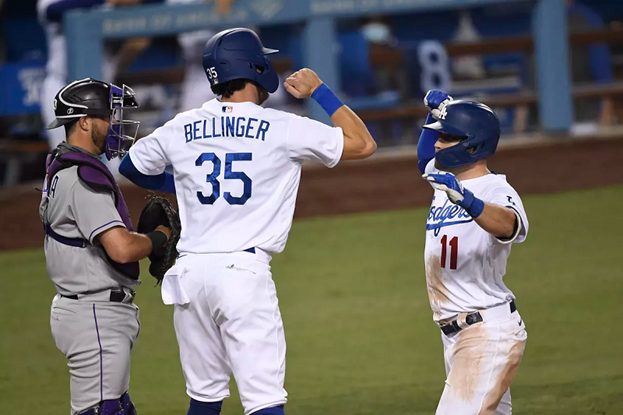 The Los Angeles Dodgers on Friday responded to Kevin Pillar’s Grand Slam with eight runs in the eight inning to secure a 10-6 victory over the Colorado Rockies at Dodger Stadium.

The Rockies were trailing 5-2 in the eight when the outfielder came up at bat with the pads all occupied. The former Blue Jays, Giants and Red Sox sent the ball over the fence to allow his team to take the lead.

The Dodgers responded in their next round at bat, however, as AJ Pollock, Joy Pederson and Mookie Betts each hit long balls. In the Betts’ case, it was their 13th home run of the season.

“Honestly, I don’t think there’s going to be anywhere we don’t feel like we have a chance,” Pollock said.

“If we’re down a couple of runs, we’re going to keep plugging. We know we’re always in it. If we can get a couple of guys on, we’ve got some guys that can hit the ball out of the ballpark.” Pollock added.

The Pittrburgh Pirates on the other hand, on Friday took advantage of a rare, ordinary performance from Trevor Bauer and beat the Cincinnati Reds 4-3 to split the honours in a doubles program.

In the first match, Luis Castillo (1-5) was effective for six innings and helped the Reds win 4-2. It was his first victory in almost a year.

However, the Reds missed a third chance to sweep a double-spread this season when the Pirates were able to generate enough offense against Bauer.

Outfielder Anthony Alford hit a two-run triple against Bauer in the fourth inning and he scored the tying point on a bad pitch. Bauer (3-3) allowed four runs, six hits and two walks in six innings on the mound.

Sam Howard (2-1) secured the victory thanks to his work in relief to starter Cody Ponce. Richard Rodriguez was perfect on the seventh inning and he collected a third save this season.