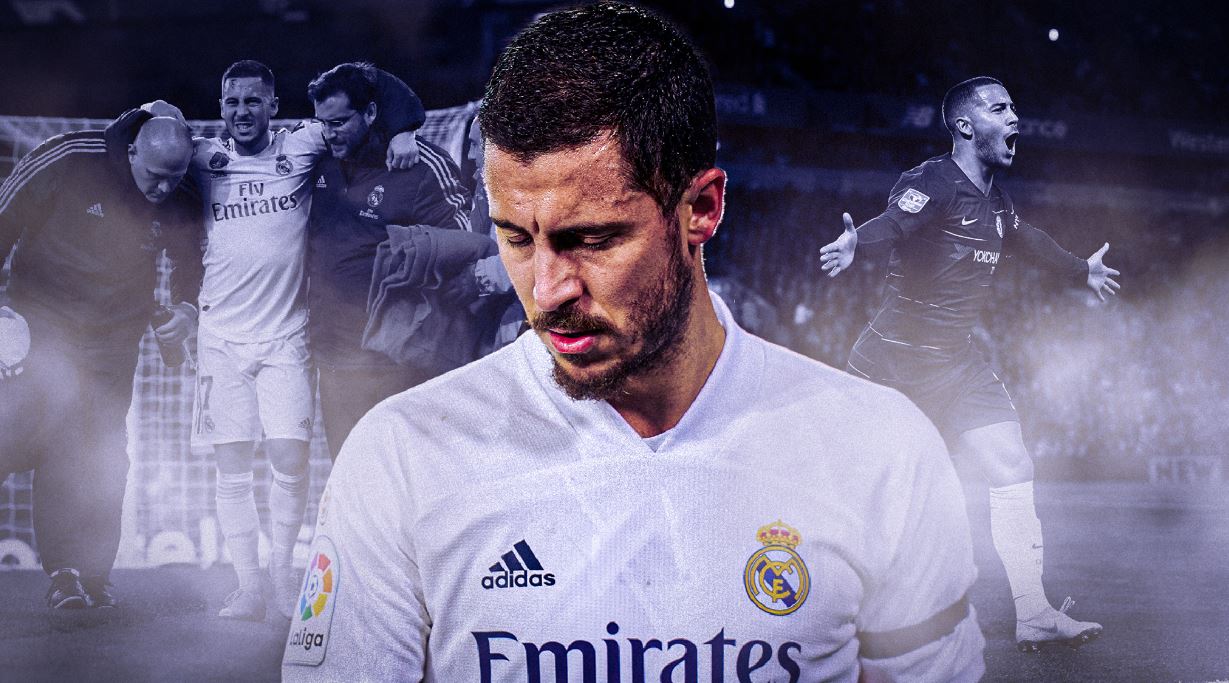 Real Madrid reaped blessings at the beginning of 2022. The Spanish giants had just won the Spanish Super Cup trophy after a 2-0 win over Atletico Bilbao. The two goals were created by Luka Modric and Karim Benzema. The win is a joy in itself. Because, last season, Los Blancos did not harvest a single trophy. In short, last season Real Madrid fast title. Certainly an irony for a club as big as Real Madrid.

However, even though Real Madrid are happy with this achievement, there are some players who did not participate in the euphoria of winning the Spanish Super Cup final. He is Eden Hazard. At the victory party at the King Fahd International Stadium, Riyadh, Saudi Arabia, Hazard was caught on camera showing an unhappy face. His face looks reluctant to smile celebrating victory. Even if you smile, it looks like a forced smile. And still read his situation from his face.

Almost the same expression has also been seen on the faces of the Real Madrid courtiers. Players like Gareth Bale are one of them. When Real Madrid confirmed themselves as LaLiga 2019/2020 champions, Bale’s face was caught on camera unhappy. When the players threw Zidane into the air, Bale who was also present was reluctant to join the euphoria with Zidane.

Apart from his face, Hazard’s unhappy expression can also be seen from the medals he has won. During the medal and trophy presentation sessions, Hazard still wore the Spanish Super Cup medal. However, he did not use the medal for long. During the photo session, Hazard even held it. On many occasions, many athletes who fail in the final match do not wish to use medals. As an expression of sadness for the failure they have achieved, the athletes prefer to hold it. Atletico Madrid and the England national team have done the same.

Does a straight face and holding a medal in a photo mean that Hazard is no longer happy at Real Madrid? It could be so. Class players like Hazard of course do not like this situation. No player, including Hazard, wants to be a burden to the team. However, a prolonged injury made Hazard unable to do much. Injuries made Hazard unable to show his class on the gridiron.

Another problem is that Carlo Ancelotti has players who are commensurate with Hazard’s position, namely the right winger. Rodrigo Goes and Marco Asensio have always been Ancelotti’s choices. Meanwhile, at the left winger position, Vinicius Jr is an irreplaceable player in that position.

After the victory in Saudi Arabia, Marca reported that Hazard was not part of Carlo Ancelotti’s plans in his squad. The absence of Hazard in the squad makes Real Madrid sure to include him on the list of players for sale in January. However, Real Madrid’s problem is finding a club that can cover the rest of his salary for the rest of the season.

Eden Hazard is not a failure player. What made him unable to develop at Real Madrid was the injury he could endure for weeks. This is indeed inseparable from the hard tackles that he often finds. Hopefully Hazard can get the best for him. Whether at Real Madrid or at any club. Real Madrid fans really want to see Hazard like when he was at Chelsea. However, an injury ruined it all.