Francis Ngannou, the 'King' of UFC and the Unfinished Fairytale

Francis Ngannou, the ‘King’ of UFC and the Unfinished Fairytale

Home » MMA » Francis Ngannou, the ‘King’ of UFC and the Unfinished Fairytale 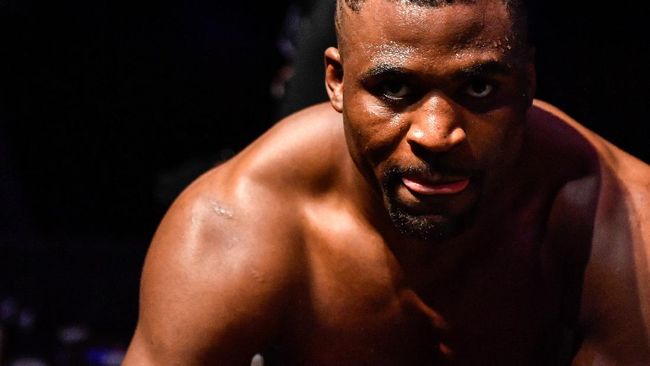 Francis Ngannou has completed his fairytale journey with the title of UFC heavyweight champion. Ngannou should never think that his fairy tale is over.

Ngannou is a story about dreams and working hard to make them come true. Ngannou is the embodiment of big dreams that can be grasped as long as self-confidence is never removed from hands.

Ngannou didn’t become anything until he was in his 20s. He still has dreams of becoming a boxer but it is difficult to live his dreams in Cameroon.

With confidence still burning in him, he tried to migrate to Europe at the age of 26. On paper, the age of 26 is certainly not the ideal age to start a career in a professional fighting sport such as a boxer.

Ngannou must cross the borders of countries illegally before arriving in Morocco. He had to sleep in the bush and look for leftovers in the trash.

Ngannou then crossed into Spain with the risk of being jailed as an illegal immigrant. Ngannou already understands all of that. Nothing frightened him as long as the dream of becoming a professional boxer kept burning in his brain.

After finally arriving in France, Ngannou was also still wandering and living uncertainly until finally he met Didier Carmont. Carmont has a great service to Ngannou because he helps with Ngannou’s various needs including free boxing training.

Even though his life line doesn’t run on boxing, Ngannou found another path, namely in mixed martial arts.

Ngannou’s late career, making his MMA debut at the age of 27, was paid off by his rapid progress.

Ngannou only took two years to be recruited by the UFC and become one of the heavyweight fighters.

Ngannou’s ferocity and high KO percentage made him quickly known. In just three years, Ngannou has been able to appear in the race for the UFC heavyweight title against Stipe Miocic.

Ngannou lost at that time. He rearranged his journey and finally got a chance to rematch at UFC 260, March 2021. Ngannou was dominant this time and won a knockout over Miocic.

The fairy tale about Ngannou’s career and all the sadness in it has ended beautifully. Ngannou became the UFC heavyweight champion.

However, Ngannou shouldn’t let his guard down and consider his fairy tale worthy of ending at this point.

After becoming the UFC heavyweight champion, Ngannou’s name will go down in the history of the great fighters in the heavyweight class. But now there is an opportunity for Ngannou to make his name bigger.

In heavyweight, the battle for the champion belt is very intense and the names of the champions often change. Stipe Miocic holds the record of defending the belt with a record of three successes.

That means there is still a big challenge in front of Ngannou, namely the effort to hold the record as the greatest heavyweight champion in history.

But to be able to make this happen, the path that Ngannou has pioneered will be steep. After this, there were two possible battles that Ngannou faced.

The first is the duel against Jon Jones and the second is the rematch against Miocic. Seeing the existing situation, including Jon Jones’ desire to fight, the possibility of the Ngannou vs Jon Jones duel is wide open.

Jon Jones is an opponent who will present a new dimension in front of Ngannou. As the king of light heavyweight, Jon Jones has never lost purely in his career. The only defeat he had suffered was a disqualification defeat.

Jon Jones is one of the greatest fighters ever in UFC history. If Ngannou won against Jon Jones, his name would be flying even more in the long history of the UFC.

On paper, Ngannou will certainly be more favored than Jon Jones, who has to adapt by advancing to heavyweight. But Ngannou will also face difficulties because Jon Jones will appear agile compared to the opponents he has conquered in heavyweight.

Ngannou may be satisfied with his career journey so far, but there are still many dreams that Ngannou can pursue in the future. Ngannou must realize that his fairy tale shouldn’t be over.