Galaxy to deliver over $300M first half profit

Home » iGaming » Galaxy to deliver over $300M first half profit 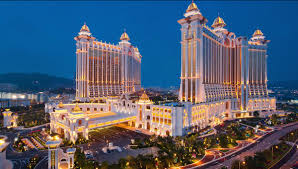 It is good news for the Macau casino industry which was witnessing a lot of ups and downs since last some time however it looks like it is sunny days ahead for it. In a recent update it is learnt that the Macau casino operator Galaxy Entertainment Group (GEG) continues its winning streak in the first half of the year 2016.

According to the filling to the Hong Kong Stock Exchange on Thursday, the casino operator reported net profit of HK$2.6 billion ($335.31 million) for the first half of 2016.  Galaxy’s group revenue rose 1 percent while its revenues generated from VIP room gaming tables down 15 percent year on year to HK$13.2 billion. At the same time profit made from main floor tables, which brought in HK$10 billion in revenue, up 22 percent.

With these results company stated that shift towards the mass segment will continue, which will be supported by improved infrastructure, including the Hong Kong Zhuhai-Macau Bridge, the Taipa Ferry Terminal and the extension of the train line connecting Zhuhai to the Lotus Bridge in Hengqin, a project which will significantly improve access to Cotai.

Like the other five listed casino operators in Macau, Galaxy has also been hit by the declining demand from Chinese high rollers following Bejing’s crackdown on corruption. However, still the casino operator is optimistic and has showed great results and has turned the tables for its operations.

Galaxy said in a statement –

“The first half of 2016 was encouraging for Macau and we continued to see gradual signs of stabilization, as it diversifies, and the shift towards mass segment continues,”  “While we do acknowledge that there might be increased competition with the opening of additional properties in Cotai, we are hopeful that the new properties will also be a catalyst for increased visitation and increased length of visitor stay.”

We expect these factors to combine in the short to medium-term to drive increased overnight visitor numbers, whom stay longer, and have a higher non-gaming spend.”

“Galaxy seems to be hitting its stride with respect to getting the mass story right at the right time with an increased focus on non-premium mass. Significant reconfigurations of both Galaxy’s and Star World’s mass market floors post 16Q2 suggest we should see continued follow-through into Q3 and should provide a good defence against new supply.”