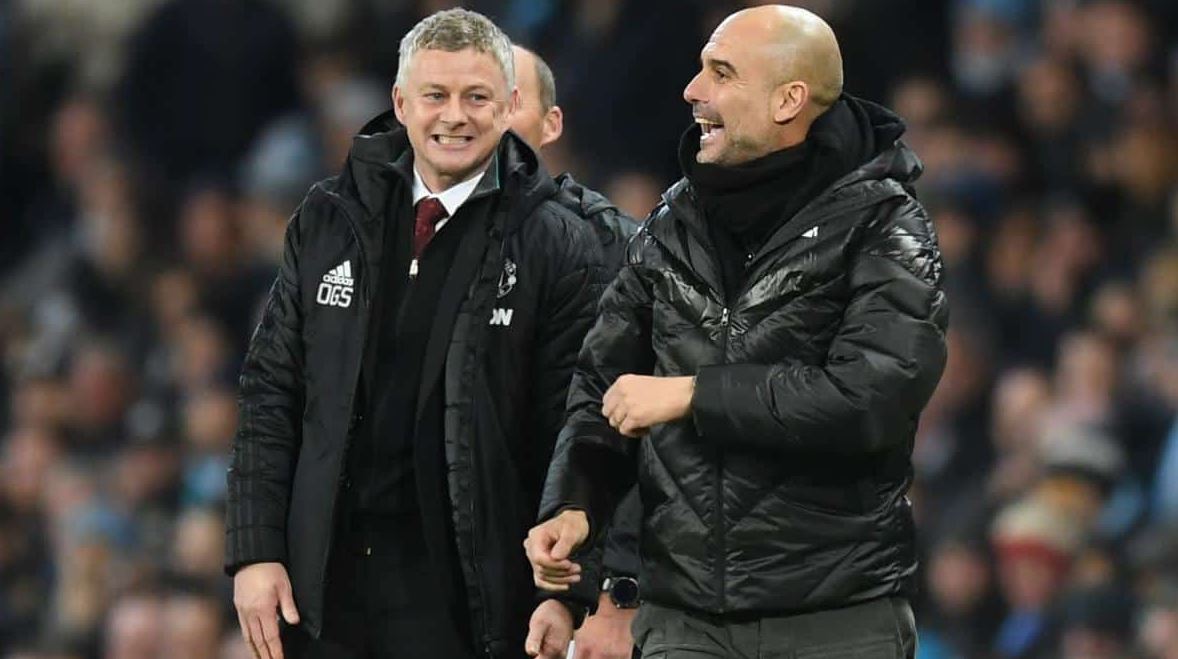 Derby matches in the world of football are always interesting, at the same time full of contradictions. The meeting between two teams presents the sound of competition both on and off the field. Both teams from the same district will try their best not only to aim for victory but also to maintain self-respect.

This matter is commonplace. There is no team that competes not to win at the same time wants their good name to be trampled on because of a deliberate defeat. Surprisingly, both teams were from the same city. It is very likely that fans from both camps routinely interact every day in professional or personal matters. How can between those who are neighbors or even related in a smaller and more intense scope, can be divided like that?

Words about regional unity, cohesiveness, and solidarity are not in the derby match dictionary. There is my club versus your club or him, our champions or us versus their champions. No wonder before the Manchester derby, Manchester United coach, Ole Gunnar Solskjaer confidently boasts of his team. He understands that in the past decade, rivals who have been dubbed “noisy neighbors” have bothered them with many achievements both on the domestic and European stage.

“But we are Manchester United, we will always come back, I think we are the number one club in Manchester and that probably means in the world as well.” Did that statement then materialize on the field of play? Despite acting as the host, Manchester United actually had to swallow the bitter pill. The “Theatre of Dreams” called Old Trafford, Saturday even became the stage for a tragedy that drained the host’s sadness and served comedy for the visitors from Solskjaer’s inability to overcome the domination of his neighbors.

The duel between the two teams ended with the score 2-0. Both goals came in the first half from Erick Bailly’s “suicide” action in the seventh minute and Bernardo Silva’s strike in the 45th minute. The difference between two goals is thin. But on the scale of a derby for two teams of the caliber of United and City there is a huge gap. Those two goals speak volumes.

First, United’s performance did not show the quality it should have. No aggression. No passion or ambition. Too passive. The hosts actually looked confused by the fluidity of the opponent’s game. Meanwhile they seemed resigned to waiting for a rescue action from a Cristiano Ronaldo. Unfortunately, that hope never came.

It must be admitted that Solskjaer does not have many options in the defensive area. The absence of Raphael Varane, makes the Norwegian man dependent on the captain, Harry Maguire whose performance is in the spotlight. So is Luke Shaw. Solskjaer seems to have not learned from the past, including when they struggled to match Atalanta in the European Champions League group stage a few days ago. The English duo in the heart of the defense again played badly.

The option to keep three defenders and the selection of players to complete the 3-5-2 formation then turned into disaster. Eric Bailly was tempted to commit a ridiculous own goal because of his inability to respond to the opponent’s onslaught since the early minutes. Meanwhile Shaw and Maguire were to blame for City’s second goal. Poor anticipation of Joao Cancelo’s cross allowed Silva to tear their net.

Throughout the first half City really excel. 68 percent possession of the ball makes it seem like United are just defending not to collapse. David De Gea had to make a number of important saves to avoid the score changing more significantly. Second, United’s dismal stats actually reveal a lot. What is clear now is that the Red Devils are without a “cean sheet” in the last 14 home matches in all competitions.

Launching manchestereveningnews.com, the only record worse than this occurred in the period April 1958 and March 1959 when they always conceded goals in 21 matches. The first time in a row United have surrendered in front of their own fans without being able to score a consolation goal. His opponent? Liverpool and Manchester City

In this match United only had four touches in the opponent’s penalty box. This number is the fewest in an English Premier League game since the 2008/2009 season. The statistics above show what United’s quality is like in front of other top teams.

Third, after the match, United’s key player, Bruno Fernandes, admitted that the two teams were actually not on the same level. Manchester City showed that their game is now superior. Quoting bbc.com, the Portuguese said: “They played well, they don’t give you a chance to take the ball away from them, so praise them, but (our) standards need to be improved.”

This situation is clearly putting pressure on Solskjaer. The two teams that always competed in almost everything did not develop side by side. “At the moment we are (away from the top team). The demands on me and the players will be high and we have to return to our initial form. We have the players to do that.”

What Bruno said sounded like a slap in the face to Solskjaer’s conviction which proved to be nothing more than a warm-up and sweetener. City finally managed to gag his arrogance. Fourth, from the City side, Pep Guardiola did not make many changes. The Spaniard actually maintained a 4-3-3 formation with the same player resources throughout the game.

The tactics are also simple and therefore can be lived completely by the players. Master the ball in order to open the creative space. Utilize the momentum appropriately to press. And some players are given a special responsibility to exploit the opponent’s weak points.

The ability of his players to suppress the defense sector with full-backs, Aaron Wan-Bissaka and Luke Shaw as special targets, paid off sweetly. “Me and Gabby [Jesus] were told to press the full-backs, it’s difficult when they play with five players at the back. We also pushed through Kev [De Bruyne] and Bernardo [Silva] and it worked,” said Phil Foden regarding their scenario, reports manchestereveningnews .com.

Fifth, the hosts were lucky, after trailing by two goals in the first half, their goal was not conceded again after the break. There are two reasons. On the one hand, United’s players did not show the spirit and ability to minimize the gap, let alone turn things around. United’s energy seemed to have been eroded before the long whistle sounded. Give up before the game ends.

On the other hand, there is compassion on the part of the visitors not to turn Old Trafford into a fiery hell for the fans like when Liverpool humiliated them five goals without reply a few weeks ago. In addition, this minor result will multiply the suffering of Solskjaer who is increasingly uncomfortable and safe, even though one of the potential replacement candidates, namely Antonio Conte, has just been inaugurated by the Spurs, the team they had beaten the previous week.

There are still two weeks for Solskjaer to reflect on himself. So is club management. The international break is an opportunity to be prepared for whatever might happen. Would his status as a club legend give him any privilege? Or will his fate be the same as other legends who excelled as a player but not as a tactician?