Ice Hockey: Austrian Suspends All Games Due to COVID-19 Pandemic

Ice Hockey: Austrian Suspends All Games Due to COVID-19 Pandemic 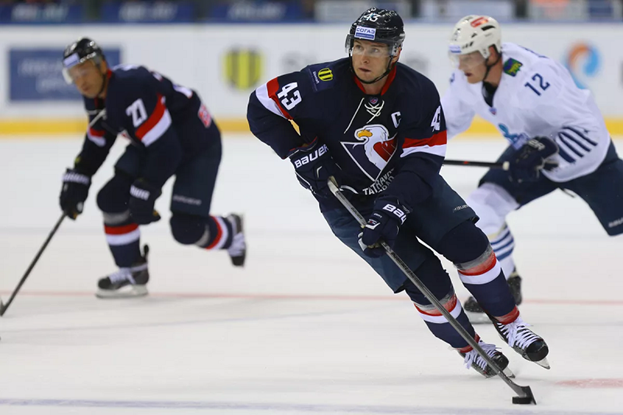 After all games of the ice hockey league were cancelled last weekend with the exception of two games due to numerous COVID-19 cases, all matches for the coming weekend were postponed on Wednesday. However, a possible rescheduling for Sunday should be decided on Friday.

“In order to maintain the health of everyone involved, to comply with official requirements and to guarantee appropriate training time before a competitive game, an expansion of the preventive measures and thus further postponements were inevitable.” Austrian ice hockey league said in a statement.

The plan is to make up for the first matches of the failed rounds nine to twelve during the international break at the beginning of November.

If possible, all previously postponed games should be made up for within the next six weeks. The regular rounds are scheduled for November 10th.

The Erste Bank Eishockey Liga (EBEL), the top hockey league in Austria, announced it is ending season amid concerns related to COVID-19 pandemic in March. The league was in the midst of its post-season quarterfinals, but its playoffs conclude without a champion.

In addition, the obligatory handsake after every EBEL game will no longer exist the time being. The ice hokecy league is suspending the sporting gesture for the benefit of the health of the all involved.

“The Erste Bank Eishockey Liga has to end the current season. With this action, the League is responding to the measures and recommendations of the governments and competent authorities in the participating countries.” the league said in a statement.

Red Bull Salzburg will be in action despite the cancellations. Salzburg announced on Wednesday afternoon that they would play an early home game on Sunday. As opponents, the Bratislava Capitals and the Black Wings from Linz come into question, the decision will be made on Friday.