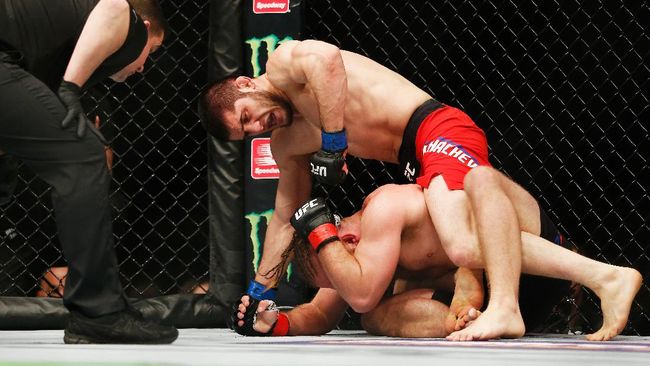 Khabib Nurmagomedov chose to retire from the UFC because he kept his promise to his mother. But the presence of Islam Makhachev could be another reason Khabib is determined to retire.

Khabib chose to withdraw from the UFC while standing in the highest position. Khabib admitted that he could not continue his career at the UFC without the presence of his father, Abdulmanap Nurmagomedov, who died.

In addition, Khabib has also promised his mother that the duel against Justin Gaethje will be his last match at the UFC.

But in the end, Khabib was never really far from the UFC. A few months after retiring, Khabib has remained close to the world of mixed martial arts.

Khabib is busy with his new world as a coach by accompanying several of his relatives, including Islam Makhachev.

With Islam Makhachev, Khabib had long believed that his cousin would become a big star in the UFC.

In this regard, Makhachev certainly will not be number one as long as Khabib has not retired from the UFC.

So far, Khabib has always appeared in the lightweight class and never wanted to advance to the welterweight class. Therefore, it is almost impossible for Makhachev to make his way to the top and face Khabib for a duel for the UFC title.

Therefore, after Khabib retired, the path for Makhachev to become the UFC champion became wide and open. In a sense, there will be no more ‘civil war’ that might hinder Makhachev’s career.

Khabib himself seems to be enjoying his career as a coach. Khabib seemed to have a new challenge after he was overcome with boredom and boredom due to the status of UFC King even though it only lasted for two years.

These things seem to be clear signs that Khabib has other reasons for retiring, namely because he believes Makhachev will shine and be the heir to the legacy he has left at the UFC.

Judging from the match against Thiago Moises, Makhachev is indeed trying to become a duplicate of Khabib. Makhachev tried to be dominant through take down, grappling, and submission techniques.

Moises was clearly exhausted by Makhachev before finally tapping when he was hit by a rear naked choke in the fourth round.

In addition to being strong in the lower battles, Makhachev is also not afraid to fight punches. In the duel against Moises, he fought several times in a standing fight position before taking down.

Makhachev is also on a streak of good results. He has successfully won eight consecutive wins, only losing to Charles Oliveira who recorded nine consecutive wins so far.

Despite efforts to become Khabib’s duplicate, Makhachev still needs improvement and sharpening in his grounding fight technique. Makhachev’s pressure has not been as big and consistent as Khabib who really makes opponents die when pressed on the mat.

After the moment of victory against Moises, it is believed Makhachev will get a top fight. The duel, which is likely to take place at the end of 2021, will determine Makhachev’s fate.

Rafael dos Anjos, Beneil Dariush, Tony Ferguson, Justin Gaethje and Michael Chandler are names that Makhachev may face before he takes aim for the title duel next year.

If you win in the following match, Makhachev’s dream to become the UFC champion in 2022 will be even more open.

But if he loses, Makhachev must replay and postpone his dream of becoming a champion for a moment.

Makhachev has the ability to fight against elite fighters, and he will be more confident because he advances with Khabib’s confidence. 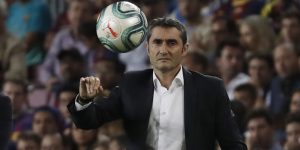 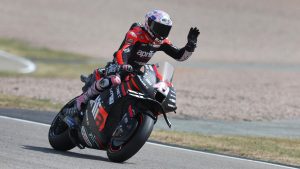