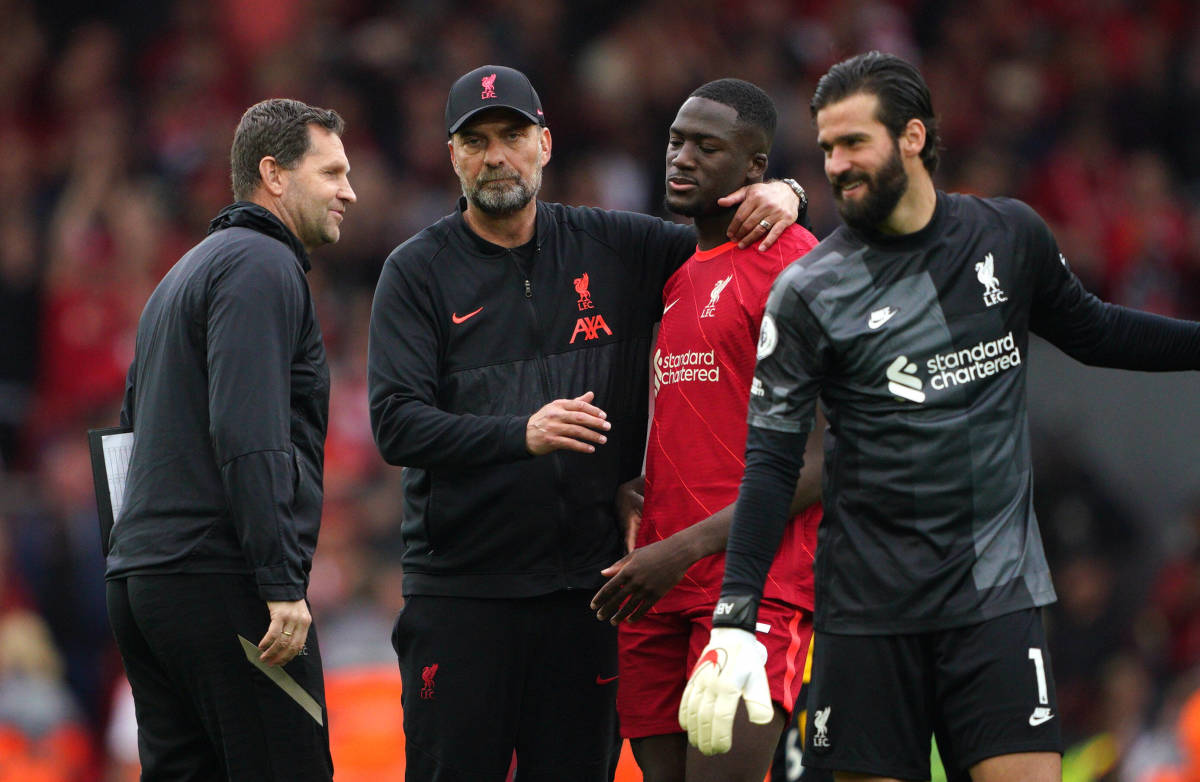 Klopp and Liverpool faithfully followed Man City until the season ended with a very thin difference in points so that the Reds still had a chance to win.

The chance to lift the trophy really disappeared after Man City won on the last matchday of the Premier League.

“Congratulations to Man City and Pep Guardiola. Thanks to Aston Villa and Wolverhampton for a deserved game.”

“It’s not the result we wanted. A bit of ups and downs. I don’t know the real result but I know when they took the lead. Of course it was a disappointment for us,” Klopp explained.

Disappointment can not be dammed by Klopp, but in the end surrender is the thing that can be done to give up defeat.

“If it’s 5-0 to City after 10 minutes then it will be a normal game for us. It wasn’t our best game either but things went well. 92 points is an absolutely incredible thing. We wanted it but now it’s gone. It’s okay,” said Klopp.

“[Being runner-up] is the story of my life. I still hold the record of not being able to get promoted in Germany with the highest points. You just need more points than other teams, but we failed to do that,” he continued.

Klopp also appreciated Virgil Van Dijk and his friends who had tried to maintain the potential of winning this season which had to end in failure.

“You can’t do anything other than give your best and that’s what the boys have done. We’re chasing the best team in the world, that’s a special thing. We’ll build the team again and again,” Klopp was quoted as saying by the Express.

Liverpool failed to win the Premier League and the thing that added to the pain of the situation was that Thiago Alcantara suffered an injury ahead of the Champions League final.

Thiago only played in the first half in the duel against Wolverhampton Wanderers on Sunday (22/5). After that Thiago pulled out to be replaced by James Milner.

In the moment of respect to the fans at the end of the match, Thiago was still able to participate. However, his right ankle had to be bandaged.

“Not great, but I can’t say more than this. He’s outside with his family and with his little daughter on his shoulders, so he can walk and that’s a good sign of course.”

“Besides, everything will be known tomorrow [Monday],” Klopp said in a press conference session, quoted from the Liverpool Echo.

Klopp did not want to discuss further about Thiago’s injury when many questions led to it.

“His lower body. I know that but I don’t want to talk about it right now. We’ll all see. Give us a chance.”

“It will not make the news better or worse. We want to wait until we find out more about the injury and you will be able to get the right information,” said Klopp.

Liverpool have successfully won two trophies in hand, namely the League Cup and FA Cup. After this, Liverpool will meet Real Madrid in the Champions League final, Saturday (28/5).