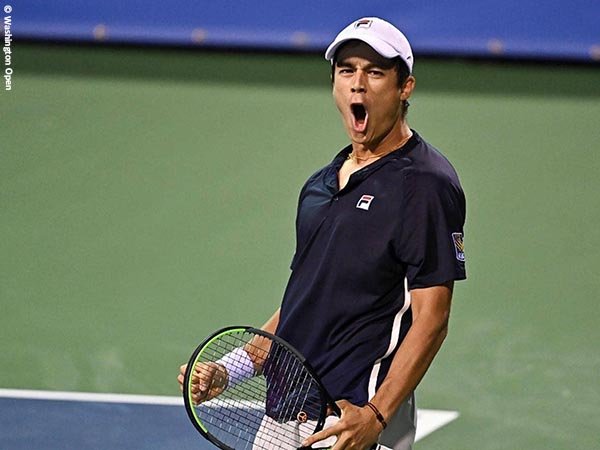 Mackenzie McDonald made it to the final of the ATP tournament for the first time in his career at the 2021 Washington Open (Citi Open).

Having to give his best, the world number 107 managed to silence former world number 4 Kei Nishikori 6-4, 3-6, 7-5 in the Washington Open semifinals.

The 26-year-old arrived in Washington looking for some momentum after not winning back-to-back ATP tournaments since the Australian Open earlier this season. In Washington, he managed to find it, including knocking out a number of players such as defending champion Nick Kyrgios and 13th seed Benoit Paire en route to the semifinals.

In the semifinals of the Washington Open, the host player will have to face the player who won the tournament in 2015 season, Nishikori whom he has idolized since he was a child. Throughout the match which lasted for 2 hours 43 minutes, he managed to hit 30 winners, 21 of which were from his forehands.

“I’m very happy with my current level of play and how I’m playing. I think I stayed focused throughout the game which was really key and something I didn’t think I could do in the last few seasons.”

“I’m really happy to be in the final, my first ATP tournament final, and here in Washington it’s something special.”

McDonald’s remained focused on overpowering Nishikori after the two players traded eight break opportunities in the first two sets. Each time the home player took the lead, the Japanese followed by successfully controlling the court and changing the direction of the ball to put the home player under pressure.

After snatching the last four games in a row in the second set to equalize the first set, the momentum was in Nishikori’s hands. He created three break point opportunities in McDonald’s first two service games, but the home player found a powerful serve to give him a chance to stay in the match.

The world number 107 fought hard to avoid the tiebreak and won the tenth game of the decider after Nishikori made a mistake.

For the Washington Open title this season and the first ATP tournament title of his career, McDonald will next challenge fifth seed Jannik Sinner for the first time.