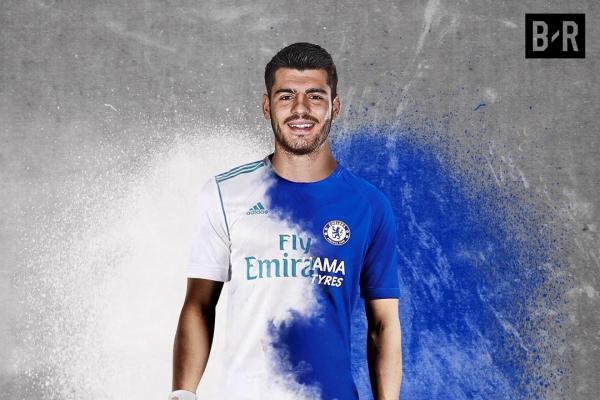 Alvaro Morata is set to spearhead Chelsea’s title defence after the Premier League champions reached an agreement to bring in the Spain striker from Real Madrid in a reported £70million deal.
But the circumstances surrounding Morata’s arrival mean he will inevitably be measured against the deeds of two other master marksmen.
Diego Costa was Chelsea’s top scorer en route to glory last season but Conte has decided Morata’s combustible international colleague is more trouble than he is worth, freezing him out of his plans this time around.
The Blues were seemingly keen on bringing Romelu Lukaku back to Stamford Bridge but Manchester United beat them to the punch, wrapping up an initial £75m deal.
Missing out on the Belgium star reportedly left Conte furious, but he now has the chance to finally work with Morata – a player he agreed to sign for Juventus in 2014 before leaving to take charge of Italy.
Will it be a match made in heaven or a signing that leaves Chelsea fans wondering what might have been? With the help of Opta data, we will assess how Morata stacks up alongside Costa and Lukaku.
FROM SUPPORTING CAST TO LEADING MAN
Morata has operated with distinction at both Madrid and Juventus, but the biggest question mark surrounding the 24-year-old before his move to Chelsea is how he would cope with being the main striker at a major European club.
At Juventus he had Mario Mandzukic and Paulo Dybala for company, while Karim Benzema was arguably kept above him in the pecking order at the Santiago Bernabeu last season on the grounds of reputation rather than form.
But there is no doubt over the identity of Chelsea’s number one striker now and Morata will have to adjust to an increased workload.
Over the past three seasons, Morata made 89 top-flight appearances, the same number as Costa. However, only 41 of those were starts, set against 86 for his older Spain team-mate. Lukaku started 104 of 110 matches for Everton.
Lukaku has more than double the amount of on-field minutes (9,316) than Morata (4,103) over the same period, with Costa clocking 7,550 minutes.
GOALS, GOALS, GOALS
As such, Morata’s goalscoring return of 30 in three seasons across Serie A and LaLiga comes in below Lukaku’s and Costa’s in the Premier League – 53 and 52 respectively.
Morata also had far fewer shots (154), with Lukaku (333) comfortably outstripping Costa on this metric (255).
The younger Spain star shows a greater aptitude when it comes to creating goals for team-mates, however. Despite significantly less playing time, he matches Costa’s 16 assists over the period in question – a total only one shy of Lukaku’s.
Morata’s assists arrive every 256.4 minutes, compared to 471.8 for Costa and 548 – or a shade over one every six 90-minute appearances – for Lukaku.
SHARP SHOOTING ALVARO
Despite, or perhaps because of, his more limited playing opportunities, Morata has developed an impressive ruthless streak in front of goal.
He found the net once every 136.7 minutes over the past three seasons, with Costa on 145.2 minutes and Lukaku 175.7.
Costa and Morata’s shot conversation rates are narrowly either side of 20 per cent, with the former coming out fractionally on top, while Lukaku is down on 15.9 per cent.
In LaLiga last season, Morata’s goalscoring tools were particularly sharp. His 15 goals from 55 shots gave him the highest conversion rate (27.3 per cent) of any player to score more than 10 goals.
He averaged a goal every 88.7 minutes. That made him more efficient than both Cristiano Ronaldo and Luis Suarez, with only a certain Lionel Messi boasting a better minutes-per-goal return of 76.5.