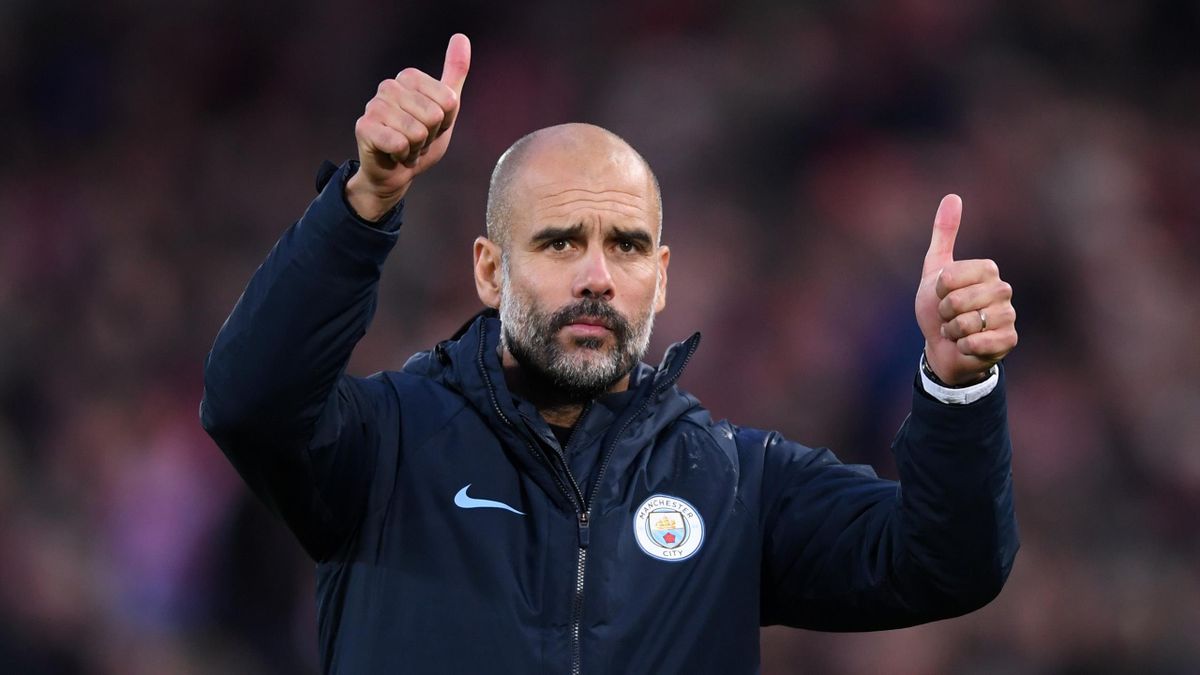 Talking about Pep Guardiola, one thing that is often attached to him is a strategy without a striker, which is one reason why the role of the false nine can blossom, until it slowly erodes the existence of the role of the pure number 9 in today’s football.

From this strategy, he was able to optimize the abilities of Lionel Messi at Barcelona and Thomas Mueller at Bayern Munich, so that both of them are often referred to as the best false nine. The success story of Messi and Mueller, apparently became Pep’s grip, to remain faithful to the grip without a pure striker. Evidently, at Manchester City, Ilkay Gundogan, who was originally a midfielder, was called a fake striker several times, as were Raheem Sterling and Riyad Mahrez, who usually played wide on the flanks.

The former Barcelona player even has only one Gabriel Jesus, who is a pure striker. It’s just that the Brazilian player has been shifted to the wing striker post several times. Tactically, Guardiola’s approach is actually quite understandable. As a coach who makes the dominance of ball possession the axis of the game, the smooth flow of the ball and the fluid exchange of positions between players are indeed important.

Therefore, the presence of player number 9 whose position tends to be patent is considered to be hampering the smoothness and fluidity. However, this Spanish coach, in fact, cannot really be separated from the figure of a pure spearhead. In fact, this one post is often a source of mainstay goals, which in fact often perfects its flagship attacking soccer strategy.

Evidently, when they won the Treble at Barcelona in 2009, there was a duo of Samuel Eto’o and Thierry Henry who contributed many goals. Likewise with David Villa who scored many goals in the 2010/2011 season. Still at Barcelona, ​​this bald coach also had time to bring in Zlatan Ibrahimovic. Although considered less successful, the Swedish bomber was able to contribute one league trophy, and was quite reliable at the spearhead.

A similar story also came, when Pep landed at Bayern Munich and Manchester City. At Bayern, there is a figure of Lewandowski who diligently becomes the Bundesliga’s top scorer. At City, there is Sergio Aguero who is also prolific in scoring goals.

So, like it or not, through his work so far, we can see that the pure striker post remains a key element in his flagship strategy. In particular, if the team’s attack is deadlocked. Hence, when Aguero’s contract expired last summer, the Catalan coach immediately rushed to hunt for a new high-profile striker.

Here, the names of Cristiano Ronaldo and Harry Kane appear as the main targets. Unfortunately, CR7 chose to return to Manchester United, while Harry Kane was not recruited, because Tottenham Hotspur set a price of 150 million pounds. What can I do, The Blue Sky was forced to wade through this season with a strategy without a striker. Their front-line posts are even thinner, after Ferran Torres was released to Barcelona in the January transfer market.

Actually, Pep still has Gabriel Jesus, but the performance of the former Palmeiras player tends to be inconsistent. As a result, at critical moments, they really die, especially if the opposing team is able to deliver a surprise blow. One of the most striking moments came, when Kevin De Bruyne et al met Real Madrid in the Champions League semifinals recently. Even though they had taken the lead first, they actually got a comeback in the last minute, because Real were able to make precise substitutions.

Ironically, their defeat was actually inspired by Karim Benzema, who incidentally is a pure striker. In the two semi-final legs, the Frenchman scored three goals, including one Panenka penalty. This painful defeat was apparently able to wake up Pep and the management of Manchester City, to immediately hunt for a pure striker.As a result, the name Erling Haaland (21) was immediately landed, after they paid a fee of 63 million pounds to Borussia Dortmund, according to the figures of the star’s release clause.

Plus the cost of agent commissions and others, the transfer fee for this Norwegian player reaches a figure of approximately 100 million pounds. A fairly decent figure, for a young player who scored a total of 85 goals in 88 appearances at Dortmund, in just 2.5 years.

Before landing the son of Alfie Haaland (a former Manchester City player from Norway), city rivals Manchester United had previously secured the power of Julian Alvarez (22) in January. However, the Argentine striker who was brought in for a fee of 14 million pounds from River Plate will only join in July, just like Haaland.

With the arrival of Erling Haaland and Julian Alvarez to the Etihad Stadium this summer, it is certain that Pep Guardiola will try to integrate a pure number 9 into his system. If this is successful, it is not impossible that the role of the pure number 9 jersey will re-emerge in the near future. Interestingly, from the gait if Pep Guardiola’s coaching experience so far, we can see, there is an impression from him on the number 9 role.

Indeed, without the number 9 player, many goals can still be present, but in the end he is still needed, especially when the team is at a dead end, to perfect the existing system, like a warhead in rockets and missiles, or a sharp tip in a sword, knife, and spiky bamboo.