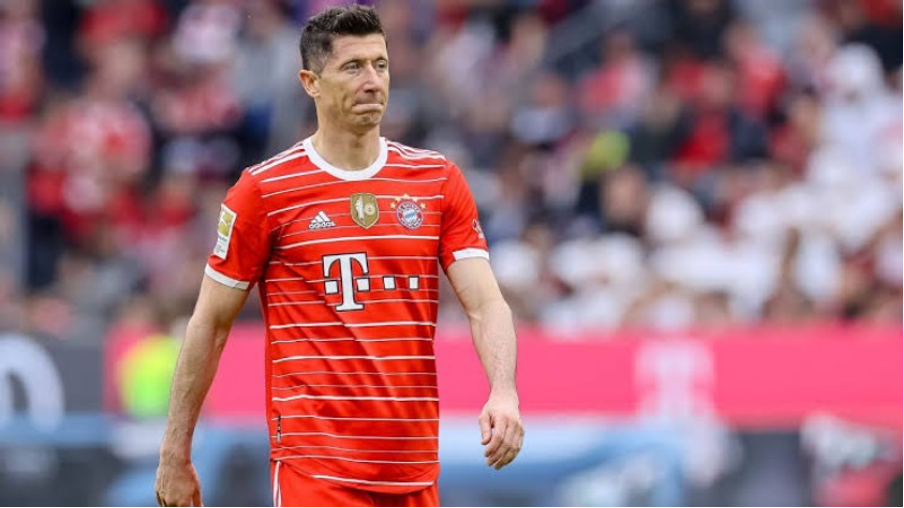 Speculation surrounding the future of Bayern Munich striker Robert Lewandowski has been rising in the media for some time.

According to reports, the Polish international is getting to moving to La Liga giants Barcelona.

Lewandowski has one more year contract left with Bayern and, if he does not leave the club in the next transfer window, he will be able to sign a pre-contract with another team in January 2023.

Bayern sporting director Hasan Salihamidzic on Saturday said that Lewandowski asked to be transferred at the end of the season.

Asked about a possible coming of Lewandowski to the club next season, Barcelona manager Xavi Hernandez admitted that the 33-year-old striker is one of the options.

“Lewandowski is one of the options we have. He told me he wants to leave Bayern, now we have to talk to the club, but being Bayern won’t make it easy,” Xavi said.

During his time at Bayern, Lewandowski has played in 252 games and recorded 237 goals and 35 assists as one of the cornerstones of the team. He is coming off a season where he scored 34 goals in 33 matches, entering the team’s final match on Saturday.

Lewandowski has a better chance of winning individual trophies, such as the Ballon d’Or, if he plays for a club like Barcelona.

Xavi is very attentive to the financial situation faced by Barcelona and also commented on the possible departure of midfielder Frenkie de Jong.

He is very fond of the player, but knows that he may face a dilemma in the coming days: keep De Jong or let him go him to make a new investment.

“We are talking again about the economic situation, for me [Frankie] de Jong is a spectacular player. He is a player to mark an era at the club and I told him that.” Xavi said.