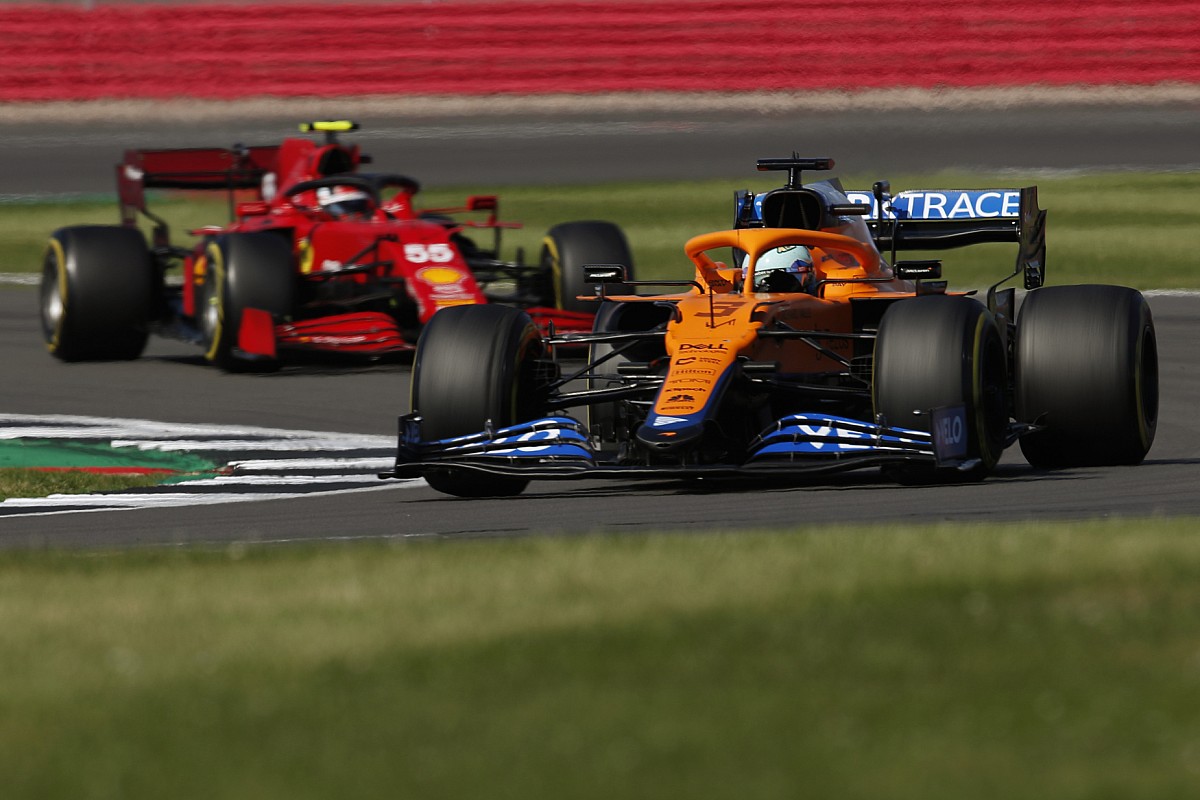 Carlos Sainz Jr, Ferrari Formula 1 driver, praises Mclaren for tremendous improvement in its F1 car this year. He admitted to that fact that it were “probably the most difficult cars to overtake” after British Grand Prix.

Sainz was struck behind the Daniel Ricciardo, who drove for his last team. The Spanish driver left Mclaren for Ferrari. However, he struggled to take-over the team. Currently, both teams are fighting for the third place on the constructor championship.

British GP showed the captivating show of Ricciardo and Sainz fighting over fifth position. The Spaniard struck behind McLaren and struggled to compete against it.

Sainz has been fighting against Ricciardo, like in Bahrain and Spanish Grand Prix. He was kept at bay by the Australian driver, which demonstrated the excellent straight line performance of McLaren. It has been recently aided by Mercedes’ powerunit.

“Unfortunately, it has happened to me now a few times that stuck behind a McLaren I am not able to pass,” Sainz said.

He finished sixth at Silverstone where he said, “It’s not news, they have a very strong straightline speed, very strong deployment and power on exit of corners and it is probably one of the most difficult cars to overtake.”

Sainz was left helpless after his attempt failed on Ricciardo because of his team poor management. Ferrari had to extend his pitstop for extra ten seconds while tightening front-left wheel.

This led to a frustrating race where he struck behind Ricciardo throughout the race.

“Yeah, unfortunately we were a step behind Ricciardo the whole race,” he added.

“First on the medium, then we actually managed to overcut him with a very strong pace during the cleaner laps but unfortunately after the slow pitstop I had to go behind him again.

“Even though I had DRS I wasn’t close enough to him to try to get him.”