The reason Miocic lost to Ngannou at UFC 260

The reason Miocic lost to Ngannou at UFC 260

Home » MMA » The reason Miocic lost to Ngannou at UFC 260 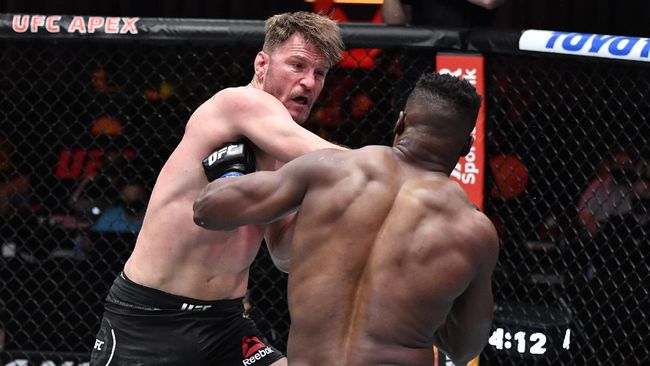 Stipe Miocic admitted that he lost to Francis Ngannou at UFC 260 because he went out of his planned strategy.

Miocic lost by knockout in the second round after being hit by a hit by Ngannou. Miocic admitted that he deviated from the strategy he had drawn up.

“Unfortunately, I deviated from the plan. I felt in good shape in the second round, I saw the beginning went according to plan.”

“He [Ngannou] looked like he was starting to struggle and I was trying to get into his defense unprotected. I was not in a good position to take a hit. He saw the opening [of the attack], and then did the things that great fighters would do,” he said. Miocic on his Instagram account.

“It was a mistake I accepted, and it won’t happen again. I want to congratulate Francis Ngannou and the team on getting a deserved win. Last Saturday night was your night, enjoy your win!”

“Right now, I want to enjoy some time off, spend time with my family, and prepare to welcome our child in the middle of the year,” said Miocic.

Miocic was really under Ngannou pressure in the UFC 260 duel. Miocic did not make many significant attacks on Ngannou.

After the first round Miocic continued to be hit with punches, he then tried to be aggressive in the second round. However, Ngannou managed to find an opening to hit a crushing blow and finally knocked out Miocic.

The consecutive blows from Ngannou made it difficult for Miocic to stand up after the fight was stopped. The 38-year-old fighter had to be assisted by the referee and his team to get back into his corner.

Reporting from Larry Brown Sports, Miocic was immediately taken to the hospital by the medical team. This step was taken for a medical examination regarding Miocic’s condition after losing a knockout to Ngannou.

This defeat cost Miocic the UFC heavyweight title. This result is also Miocic’s first defeat since losing to Daniel Cormier in 2018.

Instead, the victory over Miocic made Ngannou the new world champion of UFC heavyweight. The Cameroonian fighter also succeeded in getting his revenge after losing on points to Miocic in the first duel in 2018.