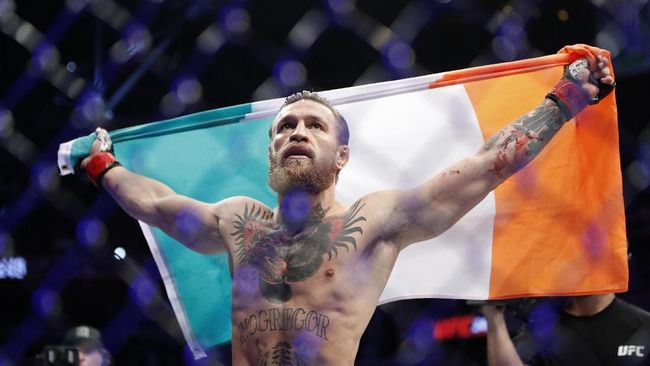 Kamaru Usman successfully defended the UFC welterweight champion belt after a knockout win over Jorge Masvidal. Here are Usman’s next potential opponents at the UFC.

Usman proves Masvidal is not a match for him. He successfully knocked out Masvidal in the second round. The UFC welterweight champion’s belt is still wrapped around his waist.

Here are four potential opponents that Kamaru Usman might face:

UFC boss Dana White has also confirmed Covington is the most worthy opponent to face Usman in the next opportunity.

Covington himself had lost TKO to Usman in their first duel in 2019.

Leon Edwards appears as one of the fighters deemed worthy to face Kamaru Usman. Edwards has also lost to Usman in 2015. However, the distance of six years is believed to offer a difference in the quality of the fight.

Edwards himself had a good trend after losing to Usman in the first match. He was able to win in eight consecutive matches before finally the duel against Belal Muhammad ended in no contest after Belal’s eye was accidentally caught by Edwards’ hand.

To be able to challenge Usman, Edwards must first beat Nate Diaz in the upcoming UFC 262.

The name Nate Diaz returns to the welterweight competition by facing Leon Edwards next month. If Nate Diaz wins over Edwards, it is not impossible that he will have a chance against Kamaru Usman.

Nate Diaz has never experienced a duel against Kamaru Usman. In character, Nate Diaz is also one of the UFC fighters who has many fans. The Usman vs Nate Diaz duel can also be an interesting sale for UFC.

But the condition is of course Nate Diaz must first be able to beat Leon Edwards.

Conor McGregor appears to be an alternative challenger to Kamaru Usman. For Usman, who has wiped out the top contenders at welterweight, the duel against McGregor is also an interesting choice.

McGregor will always be one of the UFC’s big magnets and a duel against him will bring financial benefits to Usman.

Usman can also test and establish his dominance as the greatest welterweight fighter. But McGregor must first face Dustin Poirier in July.