Amanda Anisimova Won’t Let Belinda Bencic Advance To The Third Round At Roma. 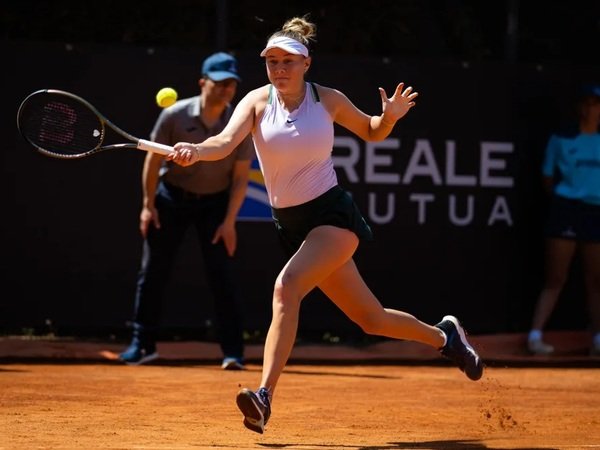 Amanda Anisimova, the American tennis player, made it through the second round of the Italian Open in Rome in 2022 by winning in straight sets.

The 20-year-old Anisimova lost in the second round of her three previous visits to the Italian Open. But he kept his cool in the heat of the moment to beat Swiss Bencic for the second time in 2022 after he won their Australian Open second round meeting in straight sets.

In the third round of the Italian Open, Amanda Anisimova will meet her compatriot and seventh seed, Danielle Rose Collins or the 2020 Italian Open champion, Simona Halep.

In other action, 2022 Madrid Open semifinalist Jil Teichmann continued his stunning clay-court form after he claimed his sixth win over a top 20 player.

Bencic’s compatriot, Teichmann managed to overthrow the sixth seed, Karolina Pliskova 6-2, 4-6, 6-4 in 2 hours 40 minutes. With this result, it means Iga Swiatek and Simona Halep are the remaining former Italian Open champions in the tournament this season.

The win was world number 29 Teichmann’s second win over Czech Pliskova after she beat the former world number 1 in straight sets to reach the final of the WTA level 1000 tournament for the first time in her career in Cincinnati last season.

With the defeat, Pliskova, who only returned to competition in March after suffering a wrist injury, has only recorded 2-6 this season.

Standing between Teichmann and a place in the quarter-finals of the Italian Open is Kazakhstan’s Elena Rybakina.

Rybakina qualified for the third round in Rome for the second time with a 6-4, 6-3 win over American Lauren Davis in 1 hour 34 minutes.

The meeting will be their second meeting in a row after Teichmann beat Rybakina in straight sets at the Madrid Open last week.