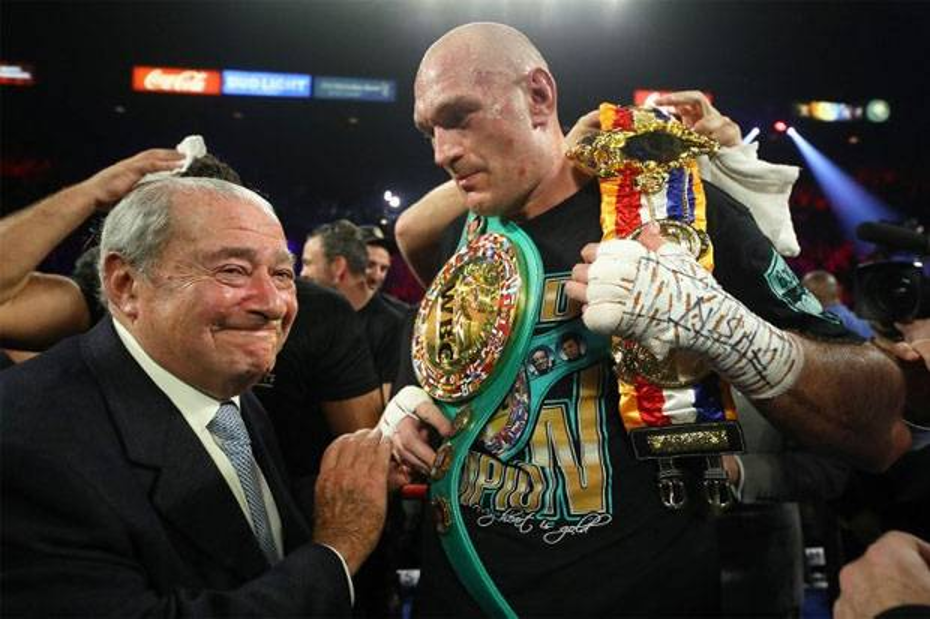 “Fury wins. No heavyweight before or since can beat Fury. He is so incredible guys who are 6’9 were bums when Ali was fighting, because they couldn’t move and there were always flaws.” Arum said.

Fury knocked out Deontay Wilder in their trilogy bout. Despite a phenomenal performance delivered in the first match against Wilder, the Briton had to settle for a controversial draw.

“Here’s a guy Fury, takes an incredible punch, moves like a welterweight, and has a pretty good punch himself, knows how to box.” Arum said.

“We haven’t seen that combination, ever. You know, I feel sorry for Wilder, who is a terrific fighter, because he came in an era that gave us Tyson Fury.” Arum added.

Fury became champion in his first world title attempt by defeating Klitschko for the WBA, IBF, WBO, IBO, The Ring and lineal titles in Düsseldorf, Germany in November 2015.

But as he struggled with depression and drug addiction, Fury was forced to vacate all of his world titles the following year. He went on to make one of the greatest comebacks of all time in 2018.

“It’s not a fluke, because Tyson Fury beat Wladimir Klitschko when Klitschko was riding high and nobody gave Fury a chance.” Arum said.

“Fury is the goods because he can box, he can punch and he keeps getting better.” he added.

Fury will ever, be a top 10 fighter. He has the power, he has the discipline, and most importantly, he jas the competition to become the best. But he can become the best of this age, which, he already is.