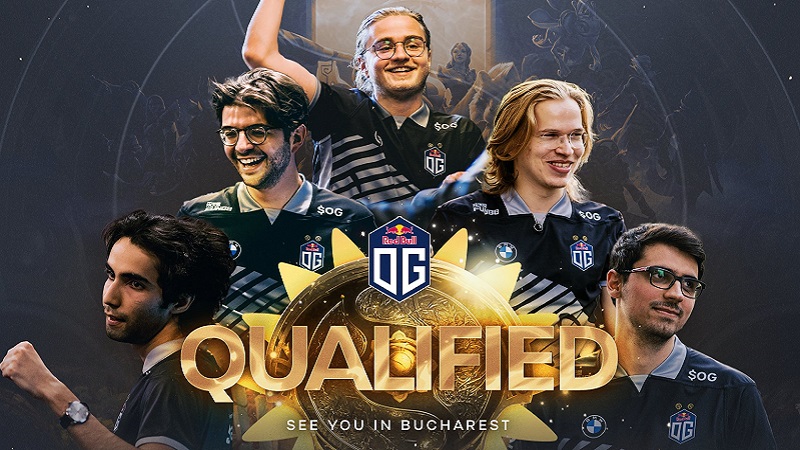 OG almost gave up hope for The International 10 after they fell in the upper bracket final against Tundra. OG, which previously won over Nigma, had to go down to the lower bracket only to meet again with Kuroky cs. Fortunately, OG was still able to beat their rivals while at the same time ensuring Nigma did not qualify for TI10.

Playing for about 11 hours starting from the lower bracket to returning to the grand final of the TI10 European qualification, OG tried to take revenge on Tundra who turned out to be showing an extraordinary performance. OG even fell behind 2-1 from the best of five series, which means that Tundra only needs one more win to win the TI10 ticket. Fortunately, OG still had the energy and motivation to appear disciplined and neat in the fifth match.

OG started the grand final against Tundra not as expected. Tundra managed to win in the first game after fighting for an hour or so through a deadly blow from Luna which finally succeeded in knocking down the headquarters of OG.

In the second game, OG hit back with Topson’s mainstay Invoker and Sumail’s deadly Terrorblade. The Antimage that Tundra hoped to be able to counter the two heroes did not bear fruit because OG played too fast before Anti Mage was able to bring out his best potential.

In the third game, again the Midlane Winter Wyvern became OG’s nightmare. This hero makes the line of OG heroes topsy-turvy, even range heroes like Drow Ranger lose pain and attack distance. OG’s attempt to fight Winter Wyvern with Zeus and Lion didn’t live up to expectations because of the far right-click Winter Wyvern attack radius.

One more game for the success of Tundra, OG still has a secret strategy. In addition to selecting Ceb’s iconic Axe, they entrusted the Templar Assassin carry to Sumail. Had stumbled in the early game, OG got up when Sumail got the items one by one, one of which was Aghanim Scepter. The Aghanim effect of the Templars allows the hero to move from trap to trap for the purpose of farming on different lanes in a short time or helping the team spontaneously. Tundra has no answer for OG’s tactics this time.

The fifth game aka the determination, OG releases back the mainstay of Winter Wyvern Tundra in order to get Templar Assassin Sumail. A pretty risky gamble considering the horror of the Winter Wyvern abilities of the Tundra. However, OG’s strategy turned out to be quite effective. With the vision of Trap Templar Assassin, as well as the selection of Disruptors, Winter Wyvern was not free to enter the team fight and couldn’t even find a good position to throw skills.

When OG grasped the tempo of the game, Tundra had no chance to fight back. OG also managed to lock the slot to The International 10 in an effort to defend the title. OG at the same time repeats the old story of winning the qualifier The International before finally coming out as champion.

Sumail deserves to be the star of OG’s victory in the TI10 qualifier grand final. His work ethic and ability to carry the team is increasingly visible. As if to repay the failure the first time he came to OG, now Sumail is ready to experience his second TI title with OG.

Will OG be able to repeat their story at TI10 later?