Historical England Stadiums That Has Vanished 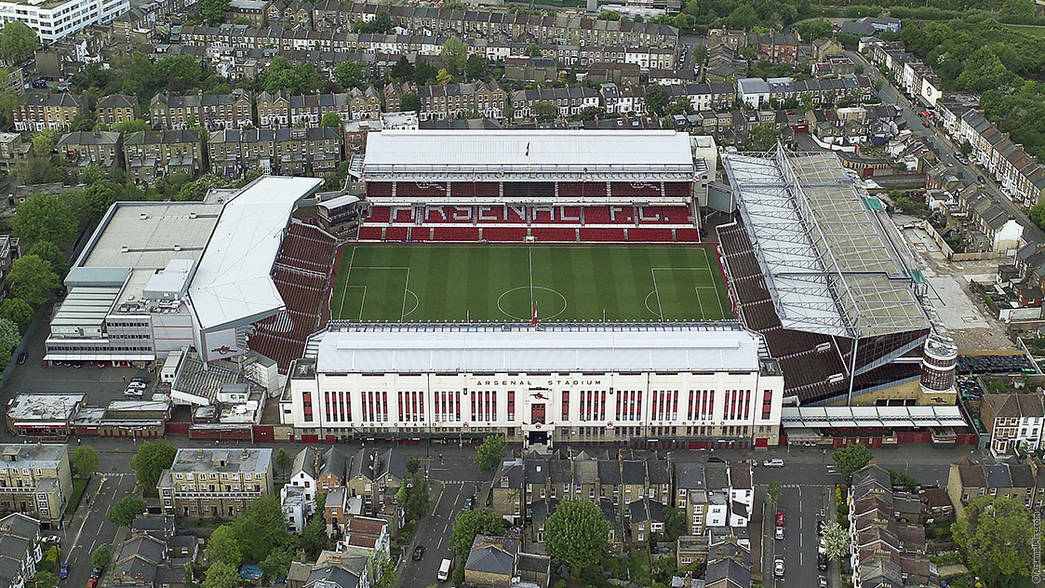 Currently, the stadiums in England on average have luxurious facilities, large capacity, and become an advantage for the club. But did you know that actually the construction of these luxurious stadiums has claimed many victims of other stadiums?

Yes, it is no longer used as a club stadium, many stadiums in England have changed functions. Some are now housing, real estate, some are razed to the ground, just like many football fields in Indonesia. The difference is, in Indonesia only a few new stadiums were built as a replacement.

So which English club stadium is now no longer in use and has changed its function? Actually, according to the irishexaminer.com site there are 25 stadiums that are currently only names. However, of the many stadiums, only eight of these stadiums are the headquarters for clubs that play or have played in the Premier League.

Juninho Paulista and Fabrizio Ravanelli were former Middlesbrough stars when they used the Ayresome Park stadium as a home. Boro have made this stadium their home ground since 1903, when they were still playing in the Football League. Until 1995, Boro moved to the Riverside Stadium.

Today, Ayresome Park has become a luxury residence. However, the management of Ayresome Park House Estate did not forget that the place had become a stadium. Around 10 bronze statues of football players are scattered. Several stones in the form of a pair of shoes were displayed in several yards of the house. Reportedly, one of the locations of the shoes was right at the white point of the penalty kick.

Before making the Stadium of Light their home base, Sunderland was based at Roker Park Stadium until 1997. Even so, Roker Park is the sixth stadium that has ever hosted Sunderland.

Before Roker Park was torn down for housing, Sunderland held their final game at Roker Park. The opponent at that time was Liverpool. And in the farewell match, Sunderland gave a sweet gift to Roker Park with a narrow 1-0 win.

Burnden Park Stadium was built in 1895. This stadium was the home of Bolton Wanderers until 1997. After Bolton moved to Reebok Stadium, this stadium is no longer in use and has now been turned into a mall called ASDA Superstore.

The Dell Stadium was named Antelope Ground (1887-1896) and had become the home of the Southampton cricket team from 1896 to 1898. It was only in 1898 that the team nicknamed The Saints was based at The Dell stadium until 2001. A total of 103 years Soton was based at The Dell before move to St. Mary Stadium.

Currently The Dell has become one of the luxury housing in the Hampshire area. Luxurious design is the mainstay of housing The Dell House Estate with a beautiful garden architecture in the middle of this residential building.

Today the Filbert Street stadium has become a residential building for students from two local universities. The stadium was demolished in 2002, then Leicester City moved home to the Filbert Way stadium which was later renamed Walkers Stadium before eventually becoming King Power Stadium.

After being the City’s home for 80 years, Maine Road was torn down in 2003 and has become a housing estate that is said to be energy efficient despite its modern design.

Since the founding of Swansea City (when it was founded as Swansea Town) in 1912, Vetch Field has been the home base for the Welsh club. But in 2005, Swansea migrated to their new stadium, Liberty Stadium.

Since not being used by Swansea, Vetch Field had been unemployed for six years. It wasn’t until 2011 that the stadium was demolished to attract investors. When it was demolished, Swansea City fans sprinkled ashes after the stadium was razed. At the beginning of this year, the plan is to build a hospital, a public park and a play area for the children.

Highbury Stadium had a capacity of 60,000 spectators in the 1990s. But after undergoing several renovations, finally the Arsenal cage only had a capacity of 34,000 spectators when it was torn down in 2013. Being Arsenal’s home ground since 1913, of course, almost all of the titles that the Gunners have won have been obtained using this stadium. Because only this year Arsenal won the title after having fasted the title for nine years. How is Highbury doing at the moment? Once razed to the ground, Highbury is now a new apartment complex. The former field itself has now become a very neatly arranged garden.