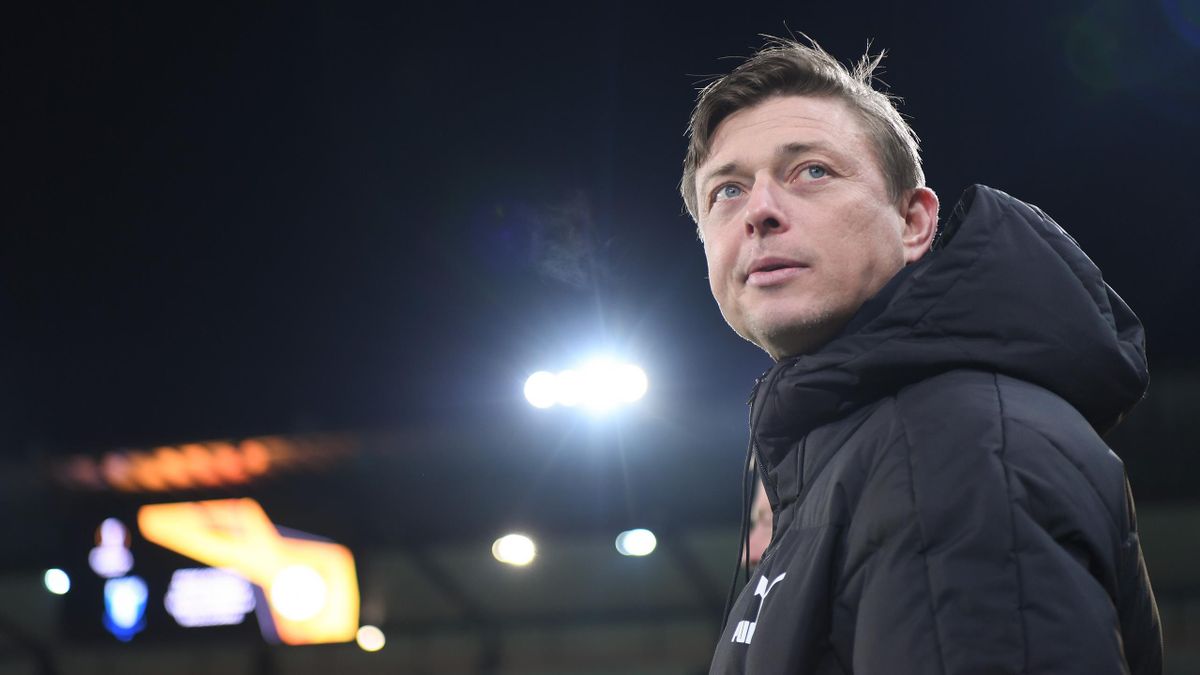 Anyone remember Jon Dahl Tomasson? The former Danish national team player returned to the Premier League, not as a player of course, but as a manager. Tomasson had strengthened Newcastle United, only one season, 1997-98. At that time, Tomasson was recruited by Kenny Dalglish from Dutch club, Heerenveen. After Newcastle, Tomasson’s name skyrocketed after moving to Feyenoord and then AC Milan.

Thanks to his work with Milan, Tomasson was the Danish Player of the Year in 2002 and 2004, in addition to a series of other individual titles. After many achievements with Milan, Tomasson moved to VfB Stuttgart and Villarreal, and finally returned to Feyenoord. However, he has not won any more trophies with the three clubs. In fact, Tomasson was hit by a serious injury that forced him to retire in 2011 as a Feyenoord player. At that time, he was not yet 35 years old.

The man who was born in Copenhagen on August 29, 1976, then changed his direction as a coach. The first two clubs he coached were two Dutch clubs, Excelsior and Roda JC Kerkrade. Tomasson coached both clubs from 2013 to 2014. Then, six years later, in 2020, he accepted a job as a coach at Swedish club Malmoe. He led the club to become two-time Swedish champions in 2020 and 2021. Tomasson was also elected manager of the year in 2020.

On December 30, 2021, Tomasson decided to leave Malmoe. Everyone related to the club was shocked. “It was a difficult decision to leave, but at the same time it feels satisfying because I left when Malmoe was in top form,” Tomasson was quoted as saying by the club’s official website. About 6 months later, Tomasson is back in football again, this time as a coach for English Championship side, Blackburn Rovers. Tomasson replaces Tony Mowbray, the manager who was at Blackburn for five seasons. Mowbray left on May 31, 2022, as his contract expired.

It means that after about 24 years leaving the Premier League, Tomasson is back in the country. He is still young. He will be 46 years old on August 29. And, that fact makes Blackburn’s chief executive, Steve Waggott, very happy. “It has been a long process but we are delighted to have signed a coach as young and ambitious as Jon,” said Waggott. Tomasson was recruited for three seasons.

Blackburn were relegated to the Championship Division at the end of the 2011–12 season. At that time, Blackburn was in the order of 19 standings. The next most embarrassing moment was relegation to League One (that’s division 3 if you count the Premier League!) at the end of the 2016-17 season. Before dropping to League One, Blackburn had time to change managers. Owen Coyle was fired on 21 February 2017, Tony Mowbray replaced him on 22 February 2022.

Mowbray could not stop Blackburn’s swift launch into League One. Yes, for one season, 2017-18, dear Blackburn struggled in the 3rd division. Fortunately, Mowbray was able to bring back to the Championship Division at the end of that season. From the 2018-19 season to 2021-22, Mowbray always failed to return Blackburn to the Premier League. Last season, 2021-22, was actually the best opportunity. Blackburn was in the 3rd position, but they could not survive at least in the top six until the end of the season.

From a financial point of view, player salaries are also small compared to the Premier League. Plus, clubs in the Championship Division receive a seasonally operating allowance from the Premier League. The same goes for the clubs in League One and League Two, but with far fewer numbers than the Championship Division. But, the good thing is Tomasson already has plans for Blackburn Rovers. He will apply the method he did when dealing with Malmoe, who won two league titles in a row.

“I want to change a lot of things, but I think the previous manager did a good job. The players are doing well too and we will build a plan from there,” Tomasson told BBC Radio Lancashire. Tomasson will bring his coaching style at Malmoe to the first English club he will manage.

“When I started working at Malmoe, the club had not won the league for two years. We can win the league by playing attacking and setting the record for the most goals. Making lots of goals is very important if we want to win lots of games, plus entertain the fans at the same time,” continued the former striker who made 112 appearances for Denmark.

“I want to bring Blackburn to play dominant, with or without the ball. It all depends on the players you have, but it’s good that Blackburn has a lot of young players from the academy. They can be developed and that is an important step,” said Tomasson.

Currently, Blackburn is owned by a holding company called Venky’s London Ltd., which bought a 99 percent stake in Blackburn in November 2010. The company is part of the Indian conglomerate, V.H. Group, which is engaged in fields related to the poultry industry, including processed foods, vaccines for animals, medicines for humans and animals, and health products.

Since becoming the owner of Blackburn, Venky has always been criticized by fans and the media, questioning their commitment as owners. Yes how, the players who were recruited were no-no. Even if there are qualified, their status is only on loan, which usually will leave at the end of the season. Not to mention the manager.

It’s great that Blackburn have recruited a manager like Tomasson, who has a pretty glossy curriculum vitae, both as a player and as a manager. At least, Tomasson can be a real example of how to play well and correctly in the top league, so that one day Blackburn Rovers can return to the Premier League and stay there. Good luck, Jon!