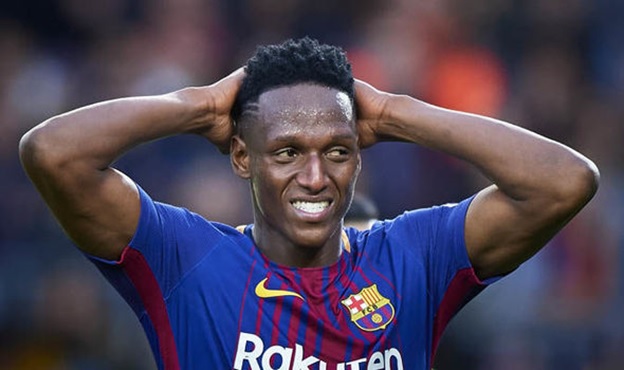 Olympique Lyonnais are reportedly will meet with Yerry Mina’s agent Jair Mina next week to discuss on the defender’s future as he seeks a move way from Barcelona.

The 23-year-old defender has made very little impact since signing for the Blaugrana but he has made deadlines for the right reasons in the 2018 World Cup in Russia.

Mina caught the eye at the World Cup, where he scored three times in three outings for the national team, who made a last-16 exit at the hands of England.

Thus, the Barcelona defender could be sold, at the very temporarily, despite only arriving six months ago, and has a deal until 2023.

Olympique Lyonnais, Jean-Michel Aulas, told the club to follow several tracks for the rest of the transfer window.

“We follow two or three players who were at the World Cup. But the higher you aim, the harder it is. We are in competition with very large European clubs.” Aulas told to L’Equipe.

“Hopefully we can get a long-term deal done with Yerry [Mirna] next week. We made decision with the mindset that guy is going to have success, which he has, and that he could potentially be a fixture here long-term.” Aulas added.

Lyon is looking in particular for a player in central defense to compensate for the transfer of Mouctar Diakhaby to Valencia, or even a second rookie to this position in case of departure of Marcelo, coveted by West Ham but the Les Gones do not intend to let him go moment.

“I have a contract with Barca and I want to succeed. For the moment, proposals have arrived for me, but I just want to enjoy my holidays before seeing all that.” Mirna told Marca.

“If the club does not want me anymore, I will find the best way to get back on my feet, but I just remember that my wish is to impose myself on FC Barcelona because it’s the best team in the world.” Mirna added. 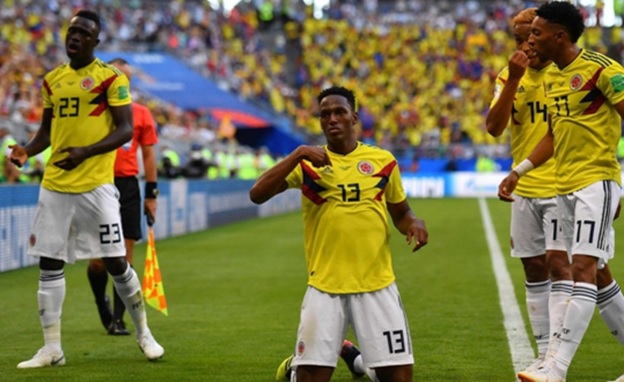 Yerry Mina celebrates with teammates after scoring a goal during the World Cup in Russia. (Source:www.thetelegraph.co.uk)

Everton on the other hand, they have offered €24 million to Barcelona in order to sign their defender, who has failed to hold down a regular place in their side.

“I had a discussion with the sports director of Everton. Yerry has a lot of offers, but his dream is to play Barca. He knows that in Barca there are 25 players and they are all important, and what is clear is that for him, the important thing is to play,” Mina’s agent told.