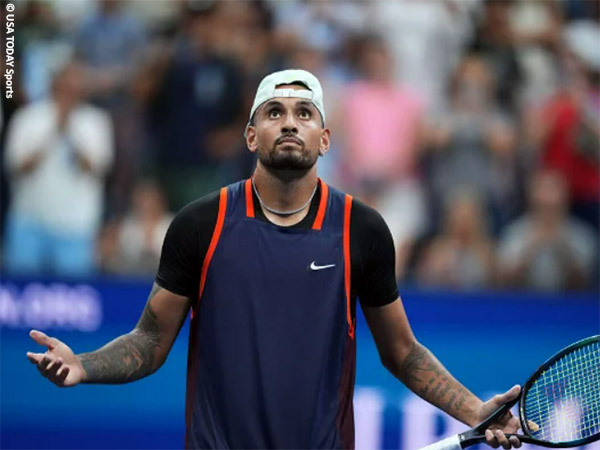 Nick Kyrgios is one of the tennis players who recently answered quick questions from the organizers of the event.

When asked why the Australian thinks tennis is the best sport in the world, he smiles and states that he doesn’t think so.

Turning professional in 2013, the 27-year-old has had a stunning 2022 season as he ended the season 37-10 and won the 500-level ATP tournament title in Washington. This season, he also reached the Grand Slam final for the first time in his career at Wimbledon before losing to Serbian Novak Djokovic in four sets.

READ ALSO : Andrey Rublev Reveals One Of The Best Things He Did 2022 Season

Asked about his greatest achievement in tennis to date, Kyrgios replied, “The Wimbledon Final.”

Full of confidence in his abilities, the Australian tennis player then explained why he would win the Diriyah Cup.

Furthermore, the world’s 22nd ranked tennis player revealed that her favorite sport besides tennis is basketball. According to the tennis player, one of the things tennis has taught him is to be independent.

Finally, the Australian tennis player revealed the most effective pre-match ritual for him, namely, “Laugh with my team.”

After getting the holiday he deserves at the end of the 2022 season, the world number 22 is back in training for the exhibition event he will be playing in preparation for the 2023 Australian Open season which will be held from 16 – 29 January. The last tournament he played in was the ATP Finals in doubles, where he and fellow countryman Thanasi Kokkinakis were eliminated from the group stage.

The Australian tennis player will compete in the Diriyah Cup which will start on December 8 and be held over three days. Other tennis players who will be taking part in the exhibition are Alexander Zverev, Daniil Medvedev, Stefanos Tsitsipas, Stan Wawrinka, Cameron Norrie, Andrey Rublev, Taylor Fritz, Matteo Berrettini, Hubert Hurkacz, Dominic Thiem and Dominic Stricker.

After that, he will turn his attention to the World Tennis League, another exhibition event to be held in Dubai from December 19 – 24, where four top teams and tennis players will play against each other. He became part of Team Eagle with Bianca Andreescu, Rohan Bopanna, Caroline Garcia, and Andreas Seppi.

Finally, Kyrgios will return to Australia for the inaugural edition of the United Cup, a mixed team event at the start of the 2023 season.