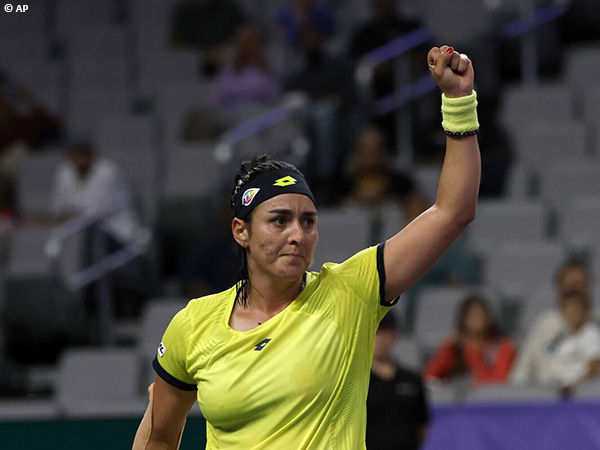 Ons Jabeur took part in reacting to Morocco’s historic win over Spain in the last 16 of the FIFA World Cup 2022.

The tennis player from Tunisia joined in celebrating the success of her neighbor country in North Africa, Morocco, which reached the quarterfinals of the FIFA World Cup for the first time and that was after defeating one of the giant football countries, Spain, the homeland of famous tennis players such as Rafael Nadal, Carlos Alcaraz , and Paula Badosa.

Morocco beat Spain quite bitterly after they won on penalties. They now have the chance to become the first African country to reach the semifinals of the FIFA World Cup if they can overcome Cristian Ronaldo’s Portugal team.

READ ALSO : Nick Kyrgios Is Outspoken That Tennis Is Not The Best Sport

The world number 2 took to Instagram story to congratulate the Moroccan team on their victory after their historic victory in the round of 16. He uploaded a photo of the Moroccan team who were happy with the victory and added a Moroccan flag emoji and emojis with a number of applause.

During the match, Spanish tennis stars Nadal and Alcaraz also took to social media to offer their support. But unfortunately, Spain ended up as the team that lost.

The 2022 Wimbledon runner-up has followed the 2022 FIFA World Cup in Qatar quite intensely and also celebrated Ronaldo’s goal when Portugal beat Ghana in the group stage.

Meanwhile, the runner up for the 2022 US Open recently also had a pleasant conversation with one of the Belgian tennis stars, Kim Clijsters regarding the FIFA World Cup. He asked Clijsters if he would join him in Qatar if their respective countries qualified for the final.

“Ons Jabeur and I, we texted each other the day before, before the Tunisia game. He wrote something like, ‘If Belgium and Tunisia meet in the final, let’s go!’. And I answered like, ‘Okay, we’ll meet there,'” Clijsters revealed on The Craig Shapiro Tennis Podcast.

Unfortunately for both players, both Tunisia and Belgium were eliminated from the group stage. However, Tunisia recorded a historic victory by knocking out defending champions, France in the group stage.

Earlier this season, he opened up about his love of football and his admiration for Ronaldo. Speaking to the BBC during this season’s Wimbledon, he stated that Ronaldo always inspires him and he even got a shirt signed by the soccer star. He admits that if it wasn’t tennis, he would definitely be a professional footballer.

“Football is another of my favorite sports and if I wasn’t a tennis player then I’m sure I would be a footballer,” said Ons Jabeur.

“I love watching football and I’m a big fan of Cristiano Ronaldo. He’s a great athlete and an inspiration to me. When Cristiano was playing at Juentus, I managed to get an autographed shirt from him. It was incredible.”