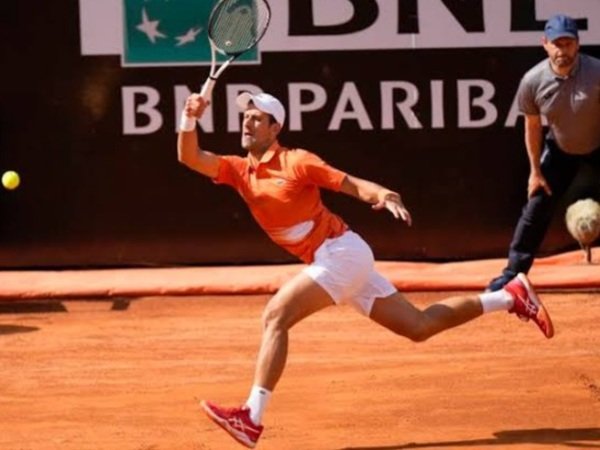 Novak Djokovic the Serbian’s bid to retain world number 1 has enjoyed a solid start to the Italian Open, Rome 2022 season.

The tennis player who has won the Italian Open five times was impressive when he defeated Aslan Karatsev 6-3, 6-2 in the second round.

The first seed will need to advance to the semifinals if he is to prevent Daniil Medvedev from returning to No. 1 next week and the Serb’s performance against Karatsev represented an impressive start to the mission.

READ ALSO : Amanda Anisimova and Jessica Pegula advance to the second half at Roma

“When you look at him physically he is a very strong man. You never know when you fight it. If he feels the ball, he can be very dangerous because he stays so close to the line and puts pressure on the opponent,” commented Djokovic of Karatsev.

“But he missed a lot of balls this time. He gave me a few breaks in the first and second sets, but I took the win, for sure. It was a straight sets win against a quality player and I’m looking forward to the next challenge.”

Karatsev once beat the world number 1 in Belgrade in 2021. He missed the opening service game at Foro Italico but soon returned, a demonstration of the threat of his powerful play.

However, the player who has bagged three titles could not hold on to Djokovic any longer and let the first set slip away from his grip.

The second set was easier for the first seed, who snatched a 4-0 lead after Karatsev struggled to cause a lethal effect. The Serbian also had no trouble finishing the win in 91 minutes and are now leading their head to head 2-1.

Prior to his opening match for the Italian Open, the Serbian opened up about the physical progress he has made on the way to the semifinals of the Madrid Open last week after a tough start to the 2022 season.

Although the quick victory over Karatsev has not tested his stamina, his defensive game appears to be at its best.

Novak Djokovic will look to maintain that momentum in the third round when he faces compatriot Laslo Djere or Switzerland’s Stan Wawrinka.