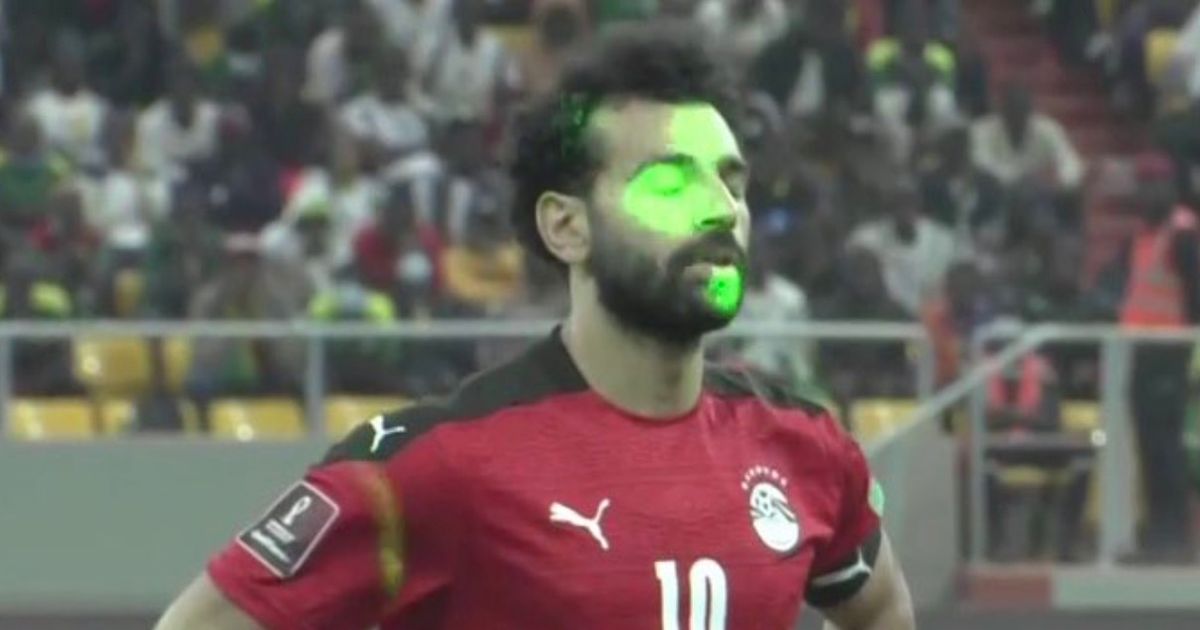 Egypt has certainly failed to appear in the Qatar 2022 World Cup after losing to Senegal on penalties.

The squad of Mohamed Salah cs had to be defeated with a final score of 1-3 through penalty shootout.

In that match Mohamed Salah appeared to have suffered a laser attack which made him fail to execute a penalty kick.

From the start of the match, both teams played hard to qualify for the 2022 World Cup. However, Senegal got lucky after Hamdi Fathi scored an own goal in the 4th minute, making the aggregate score 1-1.

Senegal declared dominance over Egypt with many chances to create throughout the first half. However, Egypt was able to neutralize all the threats presented by Sadio Mane et al.

The position does not change until the referee ends the first half. Senegal’s efforts to score the winning goal continued into the second half. But unfortunately, Egypt’s defense is still too thick to be broken down.

As a result, Senegal failed to score a second goal in this match. Given that the aggregate was 1-1 and neither team had an away goal advantage, the match had to go into extra time.

The start of extra time was decorated by two golden opportunities from Senegal, one each from Ismaela Sarr and Papa Abou Cisse. But both of them could be stopped by the Egyptian goalkeeper, Mohamed El Shenawi, who appeared impressive.

In the 103rd minute, Cisse again spread the threat by releasing two shots on target. However, the goal failed again because El Shenawi managed to make a double save!

So far, Senegal have had a total of 20 shots and nine of them have been on target. This streak of chances should have been enough to make Senegal a goalscorer had El Shenawi not been on his best day.

After that, the two teams continued to buy and sell attacks. However, no goals were scored until normal time ended. The match then went to extra time, so a penalty shootout was inevitable.

Interestingly, the first two kickers of Egypt and Senegal both failed to execute their kicks. Including one of them, Egypt’s first kicker, Mohamed Salah.

Quoted from Pedia’s content from the Mirror’s statement, Wednesday (30/3/2022) it seems that the host supporters carried out laser attacks on the Egyptian players. In the video circulating, it looks like Salah’s face is being bombarded by a number of laser shots from various corners of the stadium.

Even Salah is not the only target of laser attacks for Senegal supporters. The same thing was experienced by the Egyptian goalkeeper, Mohammed El Shenawy, every time Senegal got a free kick or a penalty.

This situation is believed to make Senegal easily win with a score of 3-1. The result also brought Senegal to ensure a place as one of Africa’s representatives at the upcoming 2022 World Cup Qatar.

Until now, there has been no response from FIFA or the African Football Association for the actions of the Senegalese supporters who sent the laser attack.