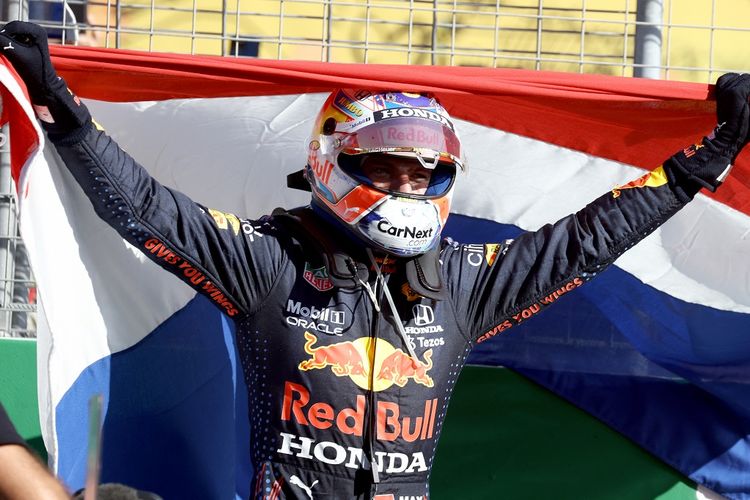 F1 racer Max Verstappen (Red Bull), admitted that he was not a diligent student when he was in elementary school. The conversation about school arose when Max Verstappen had a question and answer session with reporters at the Red Bull Open Media Session, Thursday (9/12/2021).

The conversation about Verstappen’s school life arose when a Belgian journalist had his turn to ask a question. The journalist admitted that he had just visited the Verstappen Elementary School in Genk, Belgium. Yes, despite being a Dutch national, Verstappen was born in Belgium and spent his childhood there.

“School likes me or not?” Verstappen asked back with a smile. The journalist then said that he also met Verstappen’s teacher. When he was still in elementary school, according to his teacher’s confession, Verstappen was diligent in doing his homework and focusing on the work he was doing.

“Being diligent in doing homework may not be true,” said Verstappen with a laugh. “Of course I focus on the areas that are my passion. I’m drowning in it,” Verstappen then continued his confession. “However, sometimes school is something that is difficult for me to focus on.”

Verstappen also tells about the love of two countries, namely Belgium and the Netherlands. The 24-year-old racer wants to repay the support from the Dutch and Belgian public by winning the 2021 Formula 1 world title.

“I know where I came from and grew up. It’s always a pleasure to be back in the community and the supporters there. As I said before, I feel both are my home, because I grew up in Belgium and grew up in the Netherlands. It’s very special to have this opportunity, to try to win the title.”

Since he won the 2021 Abu Dhabi GP at the Yas Marina Circuit this Sunday, Verstappen became the first F1 world champion from the Netherlands. “I have many friends and family. My friends expect me to win, to be the first Dutch rider to win. Obviously this is a more special moment for us in general. In the end we have to race, I will give everything to win,” said Verstappen.