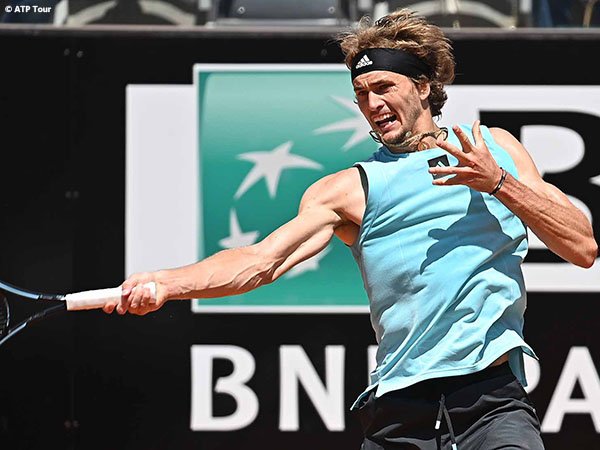 Alexander Zverev The German tennis player was not given much time to adjust in the opening match of the Italian Open, Roma 2022 season.

However, the second seed raised the level of the game to overcome the challenge of the Argentinean, Sebastian Baez.

The Tokyo Olympic champion was struggling to find the form that saw him reach the tenth Masters 1000 final of his career at the Madrid Open last week (lost to Carlos Alcaraz), but he found the right level of play to beat 2022 Estoril Open champion Baez and seal a win. 7-6, 6-3 in a challenging second round of the Italian Open.

“It’s not always easy, because Madrid is at such a height and the ball is flying like crazy. But here, everything is quite sluggish. It wasn’t an easy game and I was happy with the way I played at the end of the game. He’s had three matches here (including qualifying), while it’s my first match, so I’m happy with this win.”

Despite the disappointment of losing to Alcaraz in last week’s Madrid Open final, the second seed is looking back on his best form in Madrid after an inconsistent start to the 2022 season, leaving him still chasing his first title of the season.

The German is hoping to use the win over Baez as the foundation for further journeys at the Italian Open, where he claimed the first Masters 1000 title of his career at Rome in 2017 when he was just 20 years old.

While it wasn’t the greatest performance of the second seed who is now 14-4 in Rome, his attacking ability was still vital which helped him overcome Baez. He shot 28 winners, more than the Argentinean who produced 19 winners.

Zverev’s opponent in the third round of the Italian Open will be Australian Alex De Minaur, who beat American Tommy Paul for the second time in the Masters 1000 tournament this season.