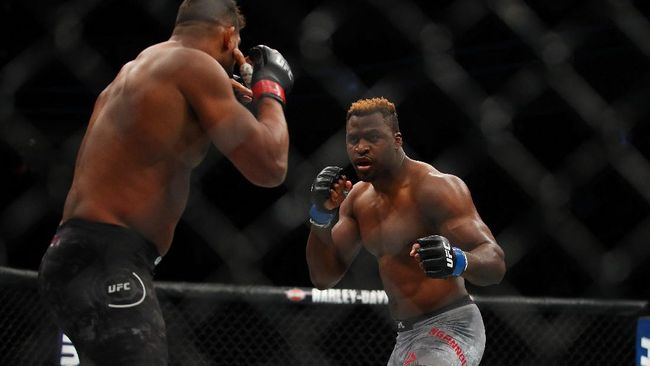 Francis Ngannou disagrees with Dana White regarding Jon Jones who wants an increase in pay for the battle for the UFC heavyweight champion belt.

Ngannou, who recently won the heavyweight title from Stipe Miocic, thinks Jones’ desire to fight him with high pay is a natural thing.

Previously, White considered that Jones’ request for an increase in fees was merely a strategy so that the light heavyweight champion would avoid the duel against Ngannou.

“Yes he asked for money. He said, ‘Show me the money’, but I think it makes sense I think for a big game everyone wants a big payoff, I too,” said Ngannou.

“I’m also happy if I get a good pay, and all the fighters want to be like that too, there’s nothing unreasonable about this,” he added.

Ngannou sees that Jones’ desire to advance to class is not just mere words, but as a track record in a professional career in the mixed martial arts scene.

“I believe Jon Jones wants this fight. I believe he wants to make it happen because it will be a big fight, one of the biggest,” Ngannou was quoted as saying by TMZ Sports.

The fighter nicknamed The Predator is also ready to take on the challenge of Jones, who is said to have gained weight to reach the heavyweight level.

Meanwhile, White considers Jones’s tweets on Twitter as a form of not serious about going to class.

“Look, I can sit all day and ask, ‘What does the phrase” Show me the money “mean?’ I’ll tell you, you could say you want to fight someone, but do you really want to?” said White.

Jones enjoyed a career best paying £ 420,000 in 2017 for his rematch against Daniel Cormier. But bonuses will see that figure rise, and in a tweet in May he revealed he was making more than $ 5 million (£ 4 million) per fight.

The American UFC legend has criticized the UFC for underpaying it during its dominance over the past decade. ” I believe I was underpaid throughout my 20s. I don’t even grumble about that. I just want to see the future done right. ”

Ngannou supported the pound-for-pound star’s call for a raise, and said he would do the same. Jones then compared heavyweight boxing fights to the competition of Tyson Fury and Deontay Wilder.

Wilder and Fury are both guaranteed £ 4 million in their rematch, with the sums increasing to £ 19.4 million each. They sell 800,000 pay-per-view in the US, excluding the UK box office, and Jones thinks the fight with Ngannou will be on the same level. ” Do you think this fight is lies versus anger? ”

” I feel this fight is monumental, fights like this don’t happen often in a lifetime. I stopped Francis in my first fight in heavyweight would be something great. ”

And he’s back on his feet again, sending a message to the UFC that a super fight will not go on unless his demands are met. “I just want an honorable number, so I don’t feel like a fool entering the biggest fight of my life.”