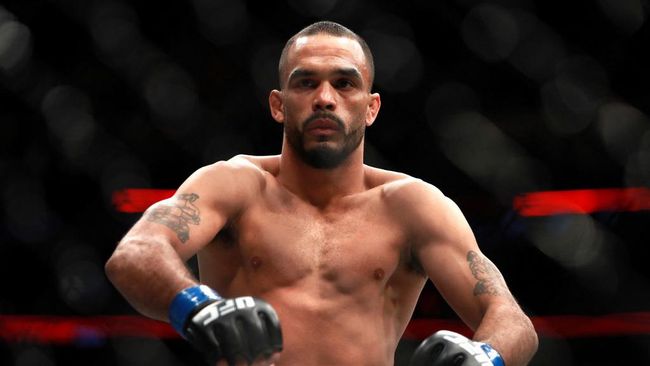 At the start of the fight, Garbrandt fired, followed by a shot towards Font’s head, but was blocked.

One of Garbrandt’s kicks hit Font’s body. This attack apparently motivated Font to strike back with kicks and a number of punches.

Fonts keep pressing Garbrandt. Garbrandt had a left kick when Font fell. Midway through the first round, Garbrandt took a takedown to Font.

The two fighters continued to launch attacks in round 1. At the end of round 1, Font attacked Garbrandt with punches. Garbrandt then replied with a takedown. Fonts can bounce back and attack Fonts again.

In round 2 Font attacks Garbrandt with a kick. Garbrandt served Garbrandt’s standing fighting style by playing on the ground. For the third time, Garbrandt took a takedown on his opponent.

Fonts try to dodge, but Garbrandt can change position. Font then tried the kimura lock, but it didn’t work.

Font hit more in round 3. Some of his jabs hit Garbrandt in the face. Meanwhile, Garbrandt continues to look for loopholes to get closer to doing takedowns.

It’s just that, Garbrandt’s attempt to take a takedown reads the Font. As Garbrandt drew near, Font struck again with punches and the occasional point-scoring shot.

At the start of round 4, Garbrandt earned points through kicks. jab is still Font’s mainstay in attacking Garbrandt.

Font was released repeatedly, one of which hit Garbrandt’s body. Font also hits Garbrandt’s head, which is followed by a jab to his opponent’s face.

In the deciding round, or round 5, Garbrandt was more active in carrying out standing battles. It’s just that, the Font still looks more visible in that style.

Uppercut left of the font completely hits the face of the font. Font can also catch Garbrandt’s right footed kick, pushing Garbrandt to the fence.

In the last 1 minute, many jab Fonts landed on Garbrandt’s face. However, Garbrandt was still standing strong. Garbrandt took another takedown, and in a position above him he attacked Font.

However, it took Garbrandt to beat Fonts not enough. The jury first rings the bell to indicate the end of round 5.