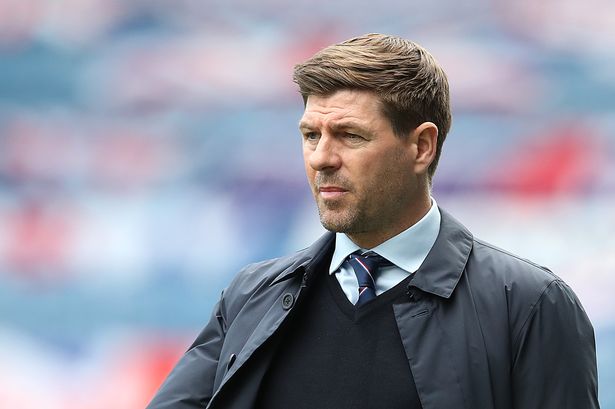 Aston Villa coach, Steven Gerrard, commented on the results of the match against Liverpool in the 16th week of the 2021-2022 Premier League. Finding his team had to lose to Liverpool, Gerrard also criticized a number of referee decisions.

As is known, Aston Villa suffered a narrow defeat to the host Liverpool when competing at Anfield Stadium on Sunday (12/12/2021). The match ended with the score 0-1.

Aston Villa as the visitors had a very threatening attack dominance in the first 15-20 minutes. Unfortunately, the strong defense of the Reds-Liverpool’s nickname- was able to thwart opportunity after opportunity for his team to kick on goal.

Entering the second half, Liverpool are now dominating the game. The opponent’s attack was so dangerous, Villa defender Tyrone Mings dropped Mohamed Salah in the forbidden box.

The referee claimed it was a penalty for Liverpool and their only goal came from this occasion which was executed by Mohamed Salah (67′). However, Gerrard did not agree with the referee’s decision.

“We lost on soft penalties because if you watch it right Tyrone was fouled first. What’s disappointing is that the referee didn’t check it,” said Gerrard, quoted by the Birmingham Mail page, Sunday (12/12/2021).

On the other hand, Villa however had a chance to get awarded a last-minute penalty. It was Danny Ings who appeared to be brought down by Liverpool goalkeeper Alisson Becker after an error with defender Joel Matip.

However, the referee did not consider it a violation. Gerrard was disappointed for the second time and is still questioning the referee’s decision. “If an arm comes close to Alisson it’s a foul, so why not a foul for Danny Ings? That’s a question I want to answer, but I can’t answer it right now.”

Although it is difficult to accept the reality, Gerrard still appreciates his team’s play. Because, the players are considered to have successfully presented difficult resistance for the Reds.

“It’s always hard to accept when you lose a football game. We knew it was going to be a holding job,” said Gerrard. “You have to get through the first 20-25 minutes against a team like this. We finished the game stronger, with more belief and some good chances.”