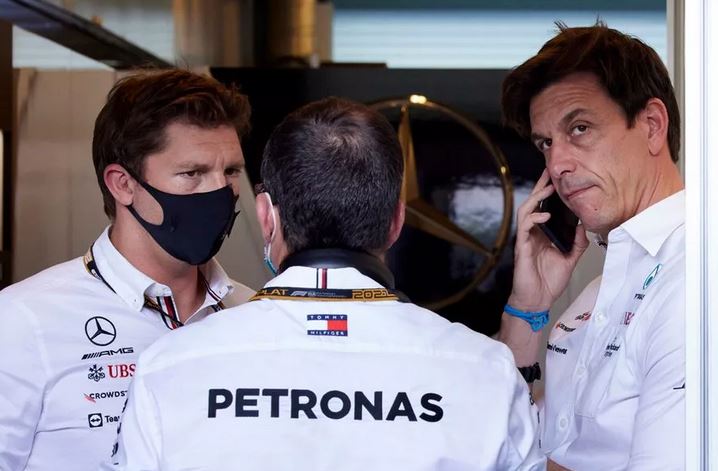 The title contenders, Max Verstappen and Lewis Hamilton, currently have same number of points. The drivers share the same row at Yas Marina circuit today for the final round of the championship.

The battle at Saudi Arabian Grand Prix included complaints, off-track advantages, penalties and a collision. It sparked fears that the final round of championship could turn dirty between the two. This could erupt controversies ahead of the deciding race.

Michael Masi, F1 race director, took precautionary measures ahead of the final race. He warned the team that FIA could deduct points, if any of the driver is found of unsportsmanlike conduct on track.

Wolff, now, believes that the it is highly unlikely for things to get off hand. Both drivers having same points means that if both drivers finish the final race without a point, Verstappen will win the championship title.

Wolff commented on Hamilton’s fight with Verstappen: “I haven’t spoken with Lewis about that, because I think the race director sensitised the drivers about the possible consequences.

Read More: Verstappen has “polished up” aggression in F1

“I have no doubt that that the drivers will race hard because this is about the F1 world championship. But, I have confidence that it will be very clean: hard but very clean. [So] not pushing anybody off, or hitting anybody. This is what this epic championships deserves as a final.”

Mercedes performance seems promising while Verstappen took the pole position at Abu Dhabi.Wolff conceded to the rival teams’ performance at the Yas Marina. The Red Bull done a good job finding the right condition for its driver at night with a slip stream opportunity for the Verstappen.

Wolff commented if Mercedes has attempted a similar thing. He said: “What you gain on the straight you’re losing in the corners, because it’s simply too close and it’s very difficult to orchestrate.

“I think the Red Bulls did it flawlessly and really credit to them how they did it and that gave them an advantage.

“But that is not the reason why we are behind. We simply had not enough pace as [Sergio] Perez and Verstappen later on. I believe they were not slipstreaming and were still fast if I remember right, so a lesson to learn: is that something we should consider in the future? But (for now) it’s basically one-zero for them.”